Post herpetic neuralgia is a terrible disease that can be mitigated by certain measures. There are some old and some new treatments that might be missed:

1) IV magnesium – I mentioned that here:

Botulinum / Botox for Neuralgia/Neuropathic Pain
give subcut or intradermal -concentrate on spots that will induce pain – inject about 1 cm apart – withdraw syringe plunger before  withdrawing from skin or will lose a drop of botox each time. I would use 100 units facial areas and perhaps 200 units larger areas though much less has been documented for use.
3) Semi-neurolytic local – described here:

Trigeminal Neuralgia
(2/5 of way down)
I found my best Botox results were if I combined it with semineurolytic local injected into one or in case of thorax, several rib levels. Use a 30 guage needle if possible, as less likely to cause lung puncture.

Post herpetic neuralgia often involves 3 spinal levels (cross talk) so you are stuck with spinal lidocaine. I warn the patient it might take several sessions to get a good take – where all areas are done , and the might need redoing in several weeks after. However, it diminishes with time. I was at a course on use of ultrasound for injections and on doppler one can easily see neurovascular nerve bundles one is after – for peripheral skin sensory nerves – just a thought.
4) Intramuscular stimulation –  Deal with paraspinous contribution and local triggers –

Dr. C. Gunn’s paraspinous and trigger injections has been discussed before:

Post Hernia Surgery Helped by TENS and Should Surgeons be Doing Hernia Repairs if They do Not Know How to Deal with the Persistent Pain Afterwards? 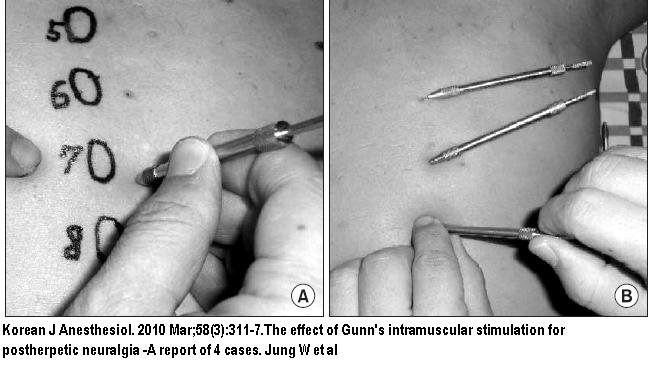 Above you can see the paraspinous multifidi placement. I needle and electrically stimulate them and then stroke up and down over them until I feel a relaxation and patient senses relief. Do all tender levels – then do muscle knots around the side and massage them out.

you can look for a local IMS practitioner here

5) Local injections: as per:

The upshot of Dr. Epstein’s studies makes me angry: 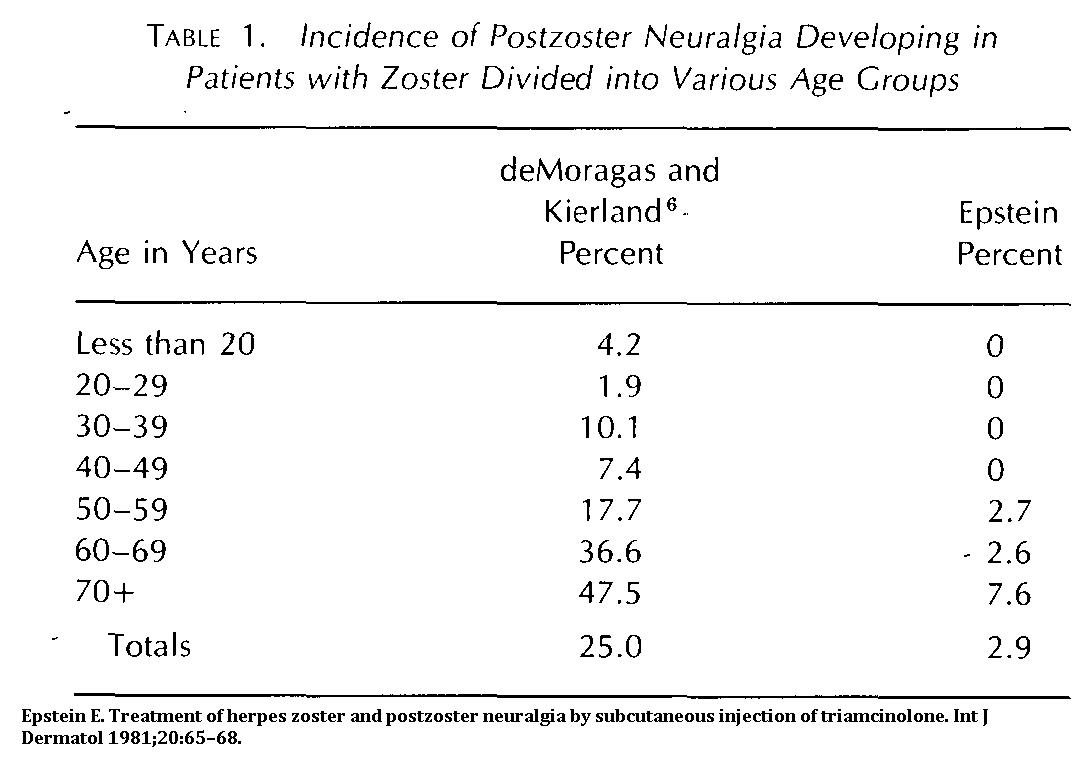 His results are mouth watering yet only briefly mentioned in review articles that demand placebo controlled studies:
as per

No standardized treatment of steroid to local tissues has developed. I know our local pain anesthetist, Dr. Lang, thinks highly of local injections.

In the article itself, Dr. Epstein

Comment – Ok, that’s an awful lot of steroid though in those days we were giving 200 mg triamcinolone epidural injections. I would suggest:

6) Cryotherapy of local tender areas – I have not needed to do this for many years now but found it effective particularly for the sharp pains. 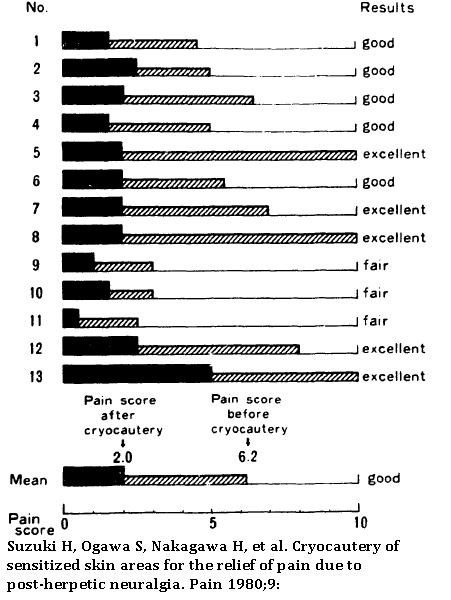 “Follow-up evaluation revealed that 5 of 14 subjects maintained excellent pain relief and another 5 subjects showed good relief.”
They took a 1 cm diameter dry ice stick and held it on tender site for 1 minute- maybe doing 2-3 sites at a time.  I would consider giving local to area first. At time, I used liquid nitrogen with a sigmoidoscope swab and held until good and cold – you want to create a 2nd – 3rd degree burn that blisters up and heals over with loss of pigment.  – when frozen, the area would be a hard white indented crater. There were sites just on the edge of previously treated that needed attention and on average, 8.1 treatments, done at 2-3 week intervals (when old ones healed), were done. Nowadays, one could use an agent like a can of Freeze-off with repeated applications to achieve a very cold indented area about 1 cm in size.

Here is a very poor picture example of a scalp area being done with dry ice: 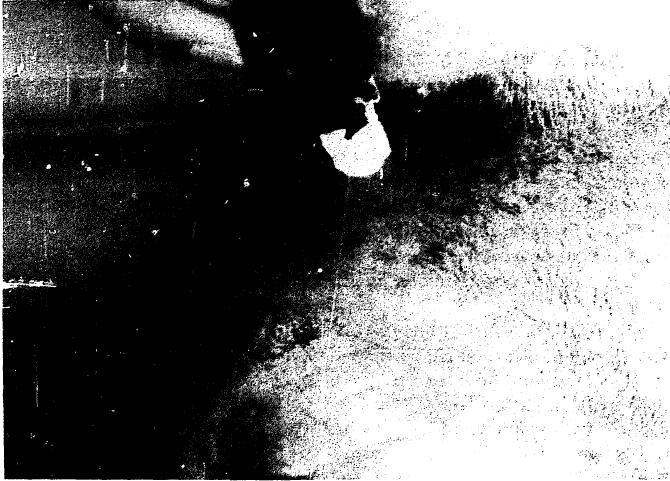 Again, this technique got very little press – it was from Japan and did not have a control group. I was at a pain congress at the time and mentioned my results. Someone said it could be placebo effect and I answered that I didn’t think the resolution of sharp jabbing pains could be subject to placebo and got a murmur of agreement from the audience. It was only mentioned in passing in the neurologist review article mentioned above. – Trust neurologists to pass this by – they probably never tried it.

7) Peripheral Nerve Stimulation – this is one of the latest treatments: 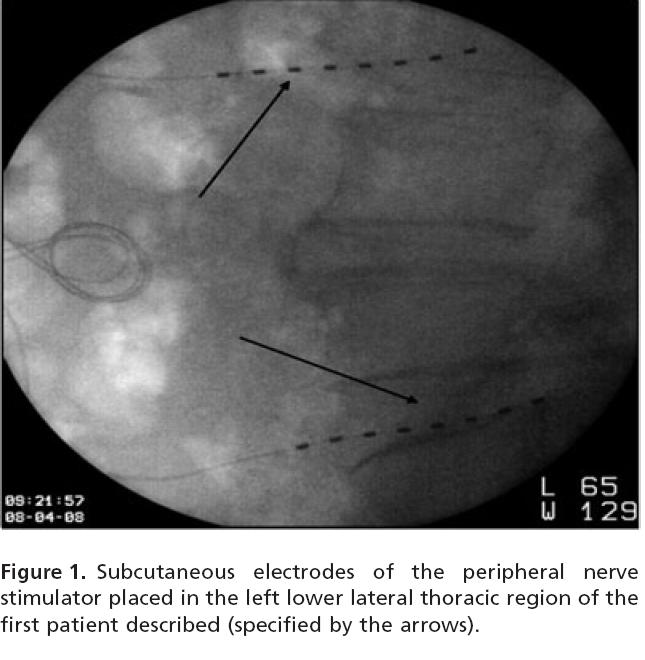 Concentrated Red Pepper Patch For Post Herpetic Neuralgia – 60 Min Use -Some Better For a 1-3 Months
I actually obtained Capsaicin powder from ebay but have been too chicken to make it up – all one would need to do is mix it in thickened geletin as per:

Diclofenac Patch for Neck Pain – Could One Make Their Own Patches?

and pour on tinfoil for use.
One would need to numb the area prior to user either injectably or by topical emla patch.
9) I have not discussed the common oral and topical treatments because they are often well known.

This entry was posted in post herpetic neuralgia. Bookmark the permalink.