One Ganglion Impar injection achieved over 50% improvement for 82% of cases that lasted an average of 6 months. 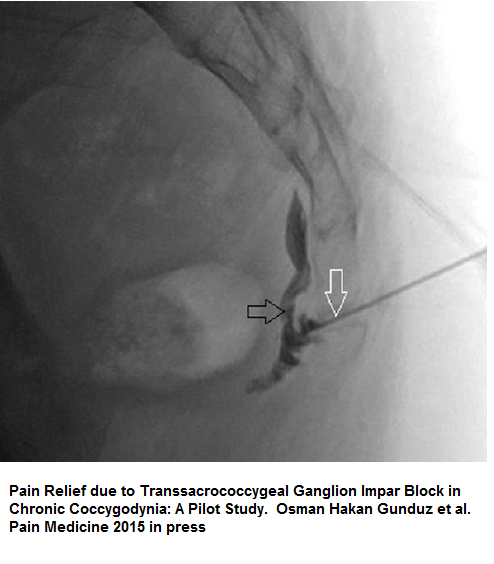 Comment – I have written on ganglion impar injections before:

Some other suggestions for coccyx are here:
New Treatments For Coccygodynia (sore Coccyx)
http://painmuse.org/?p=2073

This entry was posted in coccygodynia, Injection. Bookmark the permalink.