Wernze, Heinrich, and Thomas Herdegen. “Long-term efficacy of spironolactone on pain, mood, and quality of life in women with fibromyalgia: An observational case series.” Scandinavian Journal of Pain 5.2 (2014): 63-71.
http://www.scandinavianjournalpain.com/article/S1877-8860(14)00006-8/abstract 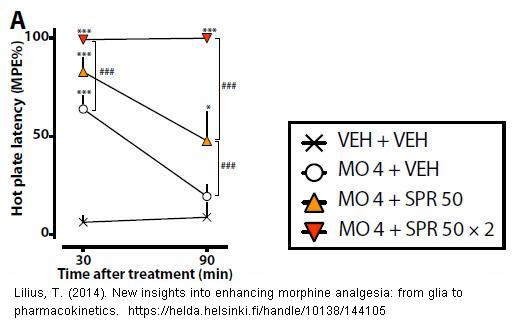 An editorial in the same issue:

Comment – there realy are no citations to confirm study but results look good.  I had one patient with Polycystic Ovaries and diabetes that I thought would be a good candidate.  She unfortunately has some inflammatory features (morning stiffness, response to celebrex). She said she had taken Aldactone in the past and noted it helped the skin tenderness pain but seemed to make the joint pains worse… This confirms in my mind that it works more for the small fiber neuropathy sort of pain – not inflammatory. This is an exciting new addition to treatments.

addendum – a foreign language animal study found “spironolactone
caused a fourfold increase in the morphine response” so  might be more useful in combination with opioids?

another of his  rodent reports states ” This effect was mediated via the increased access of morphine to the central nervous system by the inhibition of the efflux protein P-glycoprotein. Spironolactone did not inhibit the metabolism of morphine to the pronociceptive metabolite morphine-3-glucuronide, and it did not prevent the development of opioid tolerance.”

This entry was posted in Drugs, Fibromyalgia, neuropathic. Bookmark the permalink.