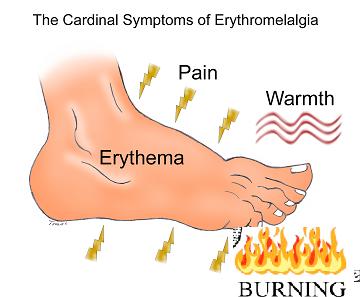 occurs as a consequence of other diseases which includes: 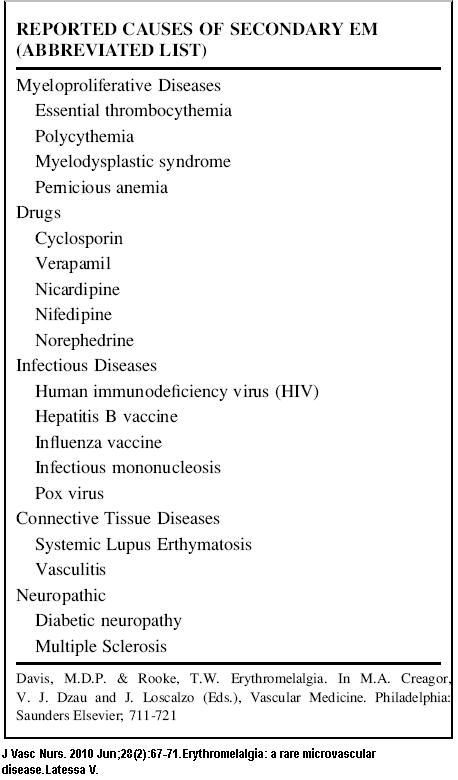 I had one case who developed EM after being started on Nifedipine.  She was inconsiderable distress and it was a very scary situation. Besides stopping the drug, I started her on Prednisone 30 mg/day which mercifully remitted her condition. It makes one think it is similar to complex regional pain where steroids can be acutely used. Steroids were found helpful in an acute childhood EM situation:
Childhood steroid-responsive acute erythromelalgia with axonal neuropathy of large myelinated fibers: A dysimmune neuropathy?
Zoltan Pfund a, Jozsef Stankovics b, Tamas Decsi b, Zsolt Illes a,
Neuromuscular Disorders 19 (2009) 49–52 abstract here

They used ” methylprednisolone (MP) therapy was initiated (500 mg for 5 days in infusion, then oral MP slowly tapered for 3 months)…symptoms in the feet started to subside in the next two weeks.”

Testing
Diagnosis is often clinical but testing would include:

If does not look good see in separate window Here 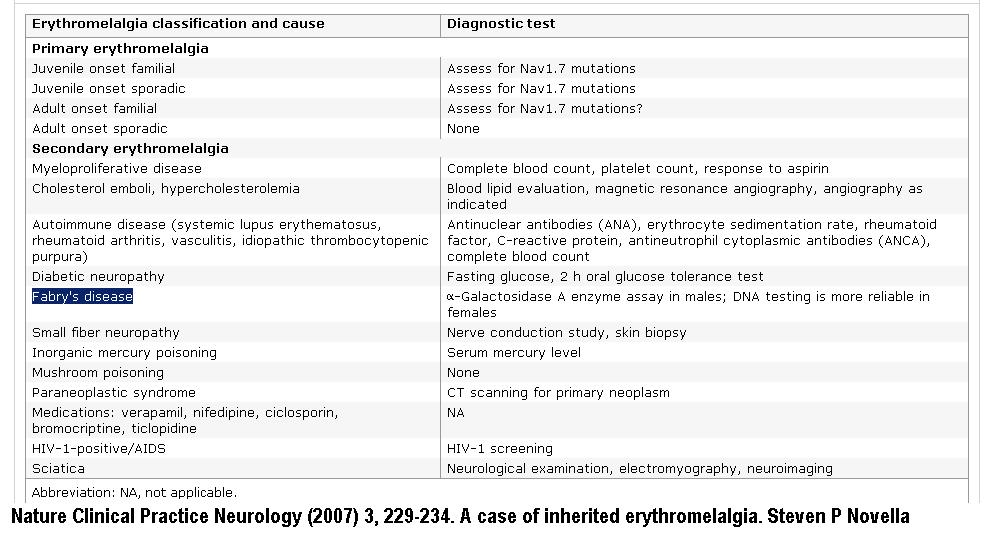 Watch out for increased WBC or platelet counts.

“Over time, the symptoms can worsen, stay the same, improve, or resolve in approximately equal proportions.” as per Mayo clinic here
3 Catagories of EM
Back in the 1990’s it was suggested that there were 3 catagories of EM and each had different treatments:

There is a proliferation of treatments that work in case studies, and some that are now becoming more popular: 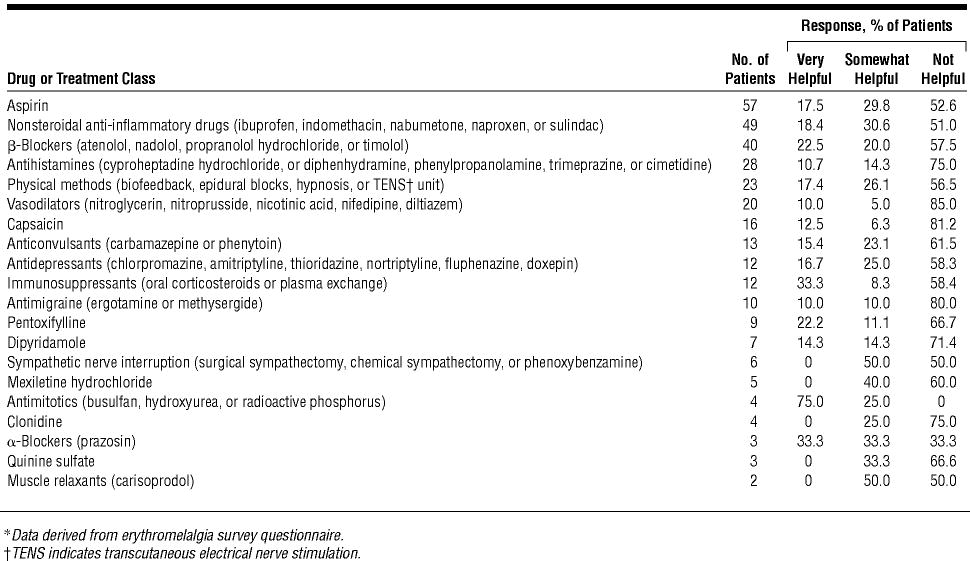 7 year old girl on Mexiletine 300 mg/day – improvement continued even after drug was stopped
In the pain world, IV lidocaine is often used prior to mexiletine-5 mg/kg given over 1 hour – a good response would suggest mexiletine might be worthwhile trying.

Comment – Although it is obvious, I would  select out another group – Those with Complex Regional Pain  symptoms. Treatments would include:

OK – long story – now a EM case: – Piriformis contribution:
I have mild EM that only bothers me on hot summer days ( One good reason to be in cool Canada). I had had a piriformis problem after driving a long distance with a wallet in my back pocket (boy don’t do that anymore). During a hot period some years later, my EM started to bother me. One night not only were my feet hot, my right foot was painful as well, although it just seemed to be one pain. I thought about my piriformis and pressed over the area. It was tender and when I hit the right spot, I could feel the muscle vibrating under my pressing fingers. After a while the tenderness remitted, the pain in the leg disappeared and the hot feet were not particularly bothersome at all anymore – and I went to sleep.

I contend anyone with significant pain in the leg with EM will have significant peripheral elements – a piriformis, muscle leg knots that should be needled and massaged, tendonitis that may need injection, and perhaps a tarsal tunnel.  It is noted that sciatica can cause EM and steroid epidurals/ Enbrel shots would be helpful there as well.

New solution was its response to transcranial magnetic stimulation:

In new onset cases, triggered by drugs, trauma, infection, there is a early phase where steroid could shut it down:

This entry was posted in Leg Pains. Bookmark the permalink.