Steroid injection of SI joints can be very helpful. It is more common than one would think as is seen in post-traumatic cases, in celiac disease, in various colitis, and in certain Fibromyalgia misdiagnosed subgroups. I highlight this study so patients can see its benefits. 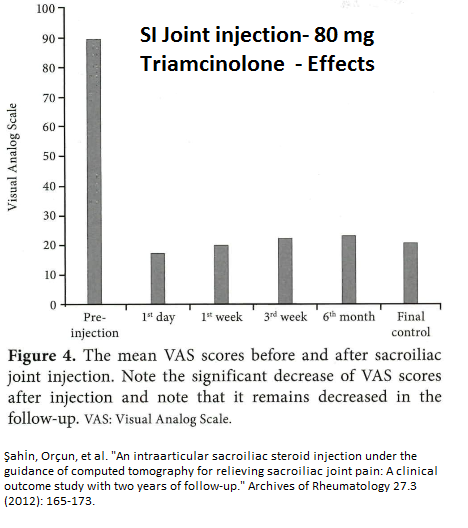 SI joint inflammation is seen in celiac:
Usai, Paolo, et al.
Adult celiac disease is frequently associated with sacroiliitis.
Digestive diseases and sciences 40.9 (1995): 1906-1908.
http://link.springer.com/article/10.1007/BF02208654#page-1
“Bone scintigraphy was positive for sacroiliitis in 14 cases (63.6%). Except in the case of one patient suffering from rheumatoid arthritis, laboratory data were normal.”

Colitis -often has sacroiliac involvement – for example:
Got Crohn’s? – May Have Spine Arthritis Too
http://painmuse.org/?p=146
“Recent MRI study of crohn’s colitis patients found 17/44 cases had evidence to sacroiliitis” 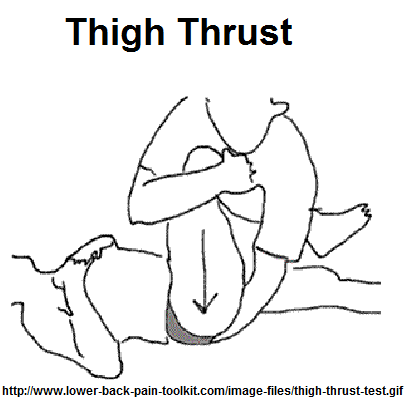 3. No disorders in the hip joint

4. No signs of lumbar radiculopathy

5. No findings suspicious of infectious arthritis on the laboratory investigation or on plain radiograph

both say they used xray guidance: 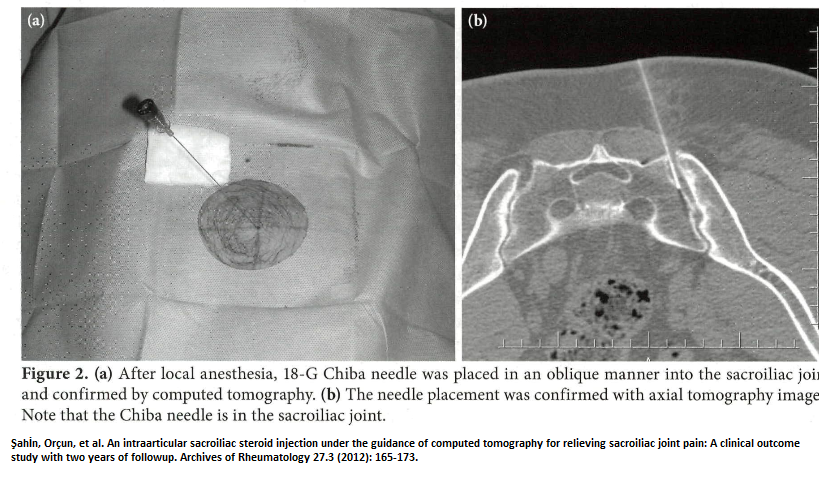 I printed a proposal for SI injection:

They contend that blind injections have poor success:

Due to the complex anatomy, SIJ injections have a very low success rate of 12-20% when performed using only clinical judgement.’^”’*-“‘ In addition, radiological imaging as a guidance method has been recently applied to place the needle into the SIJ space.

They do not conclude however that that increases success rate of injection:
“An increasing success rate with regard to the correct positioning of the needle starting from 60% at the first 30 injections and improving to 93.5% with the last 30 injections has been demonstrated, but the therapeutic efficacy or clinical outcome of this intervention has not been evaluated.‘”*”

Second article mentioned stated 92.5% “showed a significant abatement of subjective complaints after a mean of 1.7 ± 1.1 weeks after corticosteroid injection, and this improvement lasted for 10 ± 5 months. ” They used 40 mg each SI joint = 80 mg

I would contend that:

Comment – a very successful form of treatment but often the pain regionalizes and muscles – gluteal and piriformis can be involved and need treatment as well.

This entry was posted in Back Pain, Injection, piriformis. Bookmark the permalink.