Although the question of whether one is dealing with hip bursitis or is this referred from back is important, I wanted to clarify what steroid injection would do for seemingly glutues medius bursitis. One study suggests it was good in 72% of cases at one month while another suggested it was good up to 6 weeks. Thereafter however, is problematic with PRP injection outshining it after 6 weeks. Problem is and I quote “an isolated passive intervention cannot hope to address the often complex mix of pre-existing and subsequent impairments”. 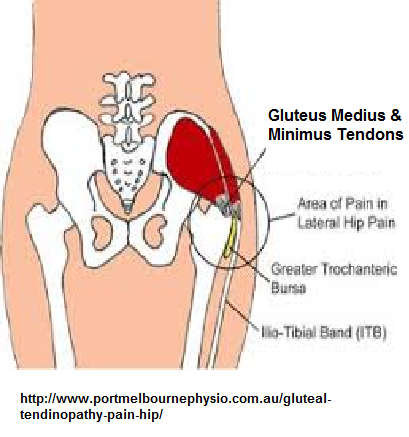 Results – they used some composite score (Harris hip score which I cannot quantify properly. but did find steriods gave benefit for 5 weeks but PRP bit better thereafter (higher the better) 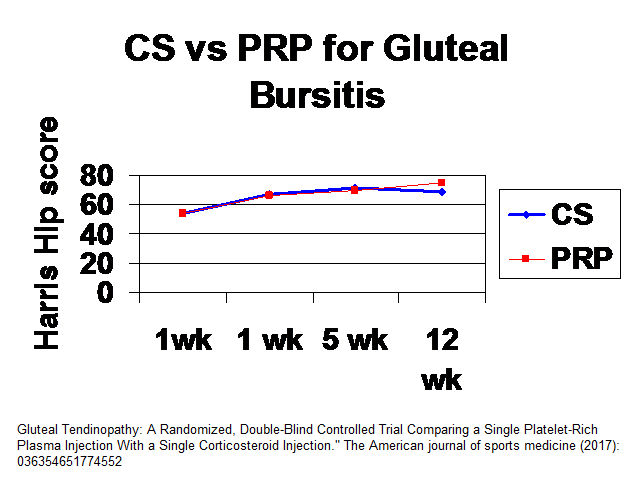 At present there is great confusion over what involves proper treatment:

Comment – gluteal weakness is common;  partial tears at 27% and input from back plus  with active trigger points in gluteal muscles combine to make this a near no win scenario but I do think working trigger knots , the back and maybe repeat injection at 6 weeks (or PRP instead) could make the difference.

This entry was posted in Back Pain, Hip Pains, Injection. Bookmark the permalink.