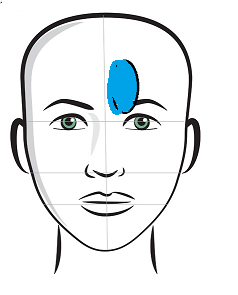 This is a newly described condition. Ignored as a possible cause of head pain (astoundingly, 6/15 had a prior supraorbital nerve block but not trochlear). Tip off is it’s near midline location. Pressing or stabbing is the usual nature and 9/15 had an intermittent nature with great variability and length. Inner upper orbital rim is tender.

4/15 had bilateral pains, making it more difficult to access. 3-5/15 got lasting effects from blocks; no one drug was consistently used. 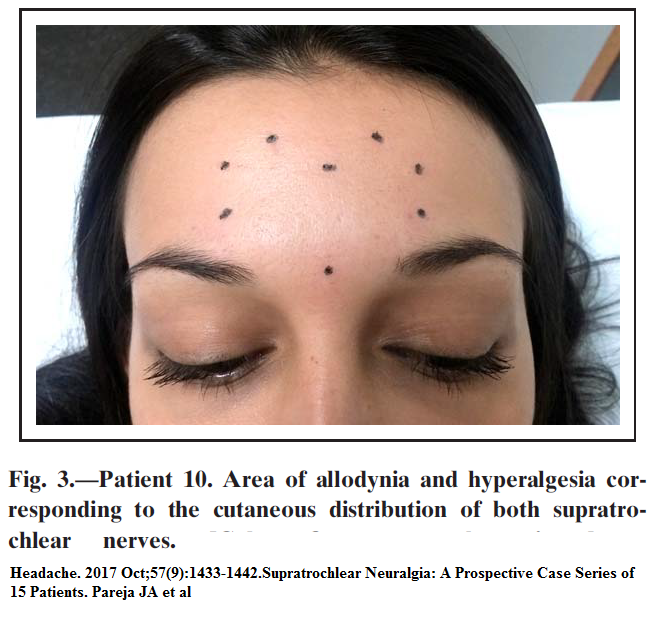 Diagnosis was confirmed by trochlear block:

Technique they used:
“Patients were asked to lie supine with the head in a neutral, relaxed position. Local anesthetic was administered through a 30G needle inserted over the emergence
of the supratrochlear nerve along the orbital margin, between the supraorbital notch and the upper external corner of the nasal bone.  The needle was directed cranially and medially at an angle of 45 degree (Fig. 1A). A total volume of 0.5 mL of either bupivacaine
0.5% (8 patients), lidocaine 1% (5 patients), or mepivacaine 2% (1 patient) was delivered at the injection site” 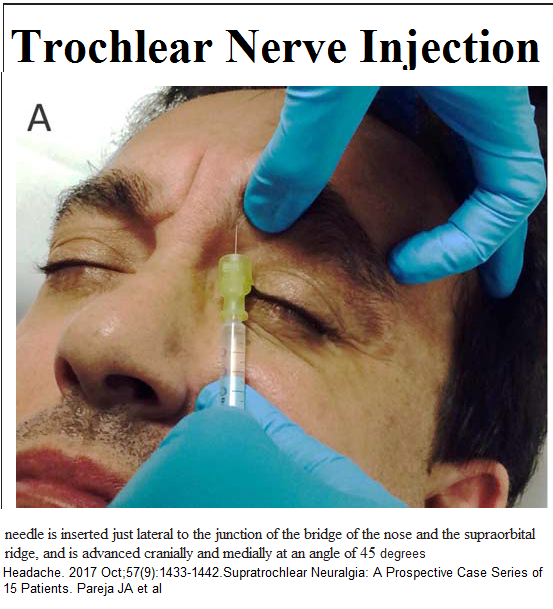 3 had lasting effects from block
2 had repeated blocks

Drug treatment included: – one on each of

one on duloxetine and pregabalin combo

It refers to a wider area: 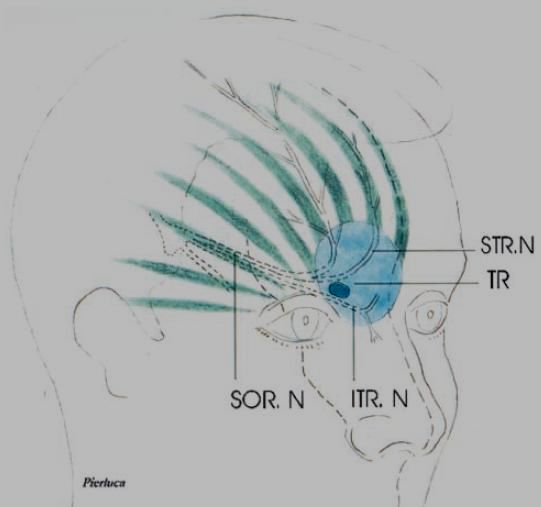 They differentiate it by saying primary trochlear headache originates from originating in the superior oblique muscle-tendon-trochlea complex. I suspect differentiating point would be pain there on pressure that is worse when looking up while holding pressure there: 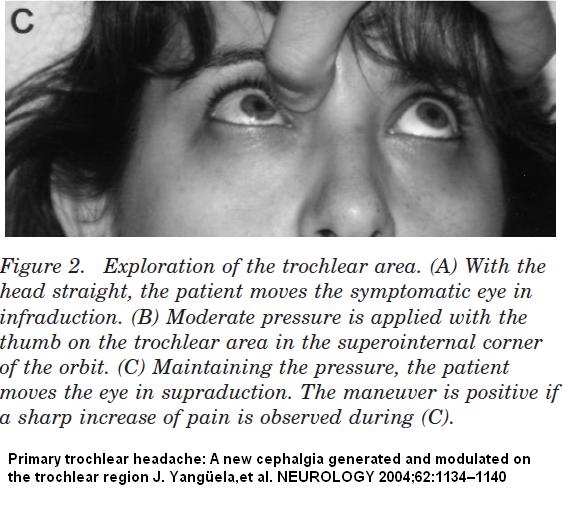 Primary trochlear headaches respond  to a short with cortisone – gave lasting relief though some needed repeats. One wonders if tochlear neuralgia could use steroid in the injection as well.  I have been injecting trochlear pains for some time and patients are extremely grateful for no doctor including neurologists/neurosurgeons have thought of injecting there. Author of artcile mentioned cases that had issues for decades. I might have missed bilateral cases but at least injected corrigator muscles with botulinum for it. 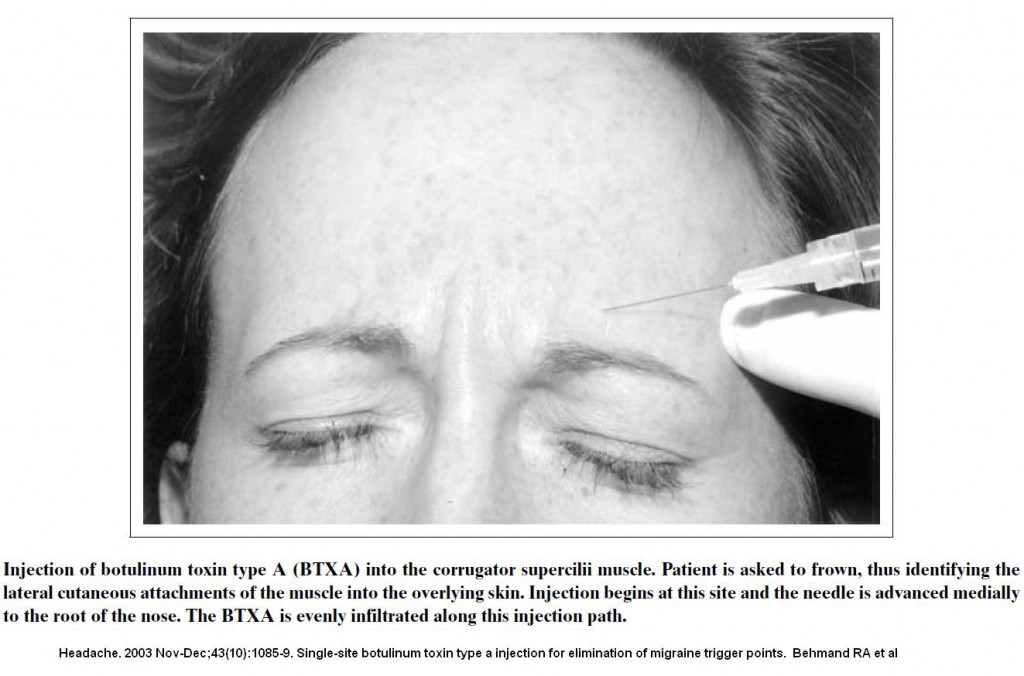 This entry was posted in Headaches, neuropathic. Bookmark the permalink.

One Response to Supratrochlear Neuralgia