New approaches include topical neuromodulation which means “Podophyllotoxin (5 mg/mL) applied locally to tender points of vestibule after 5% acetic acid application. Treated area was covered with a mild estrogen cream and covered with gauze pads until the next day” . This may be repeated monthly up to 3 times.  I found little articles but came across a patent that found half of vulvodynias and post hysterectomy pain patients were better though article here did not find much. 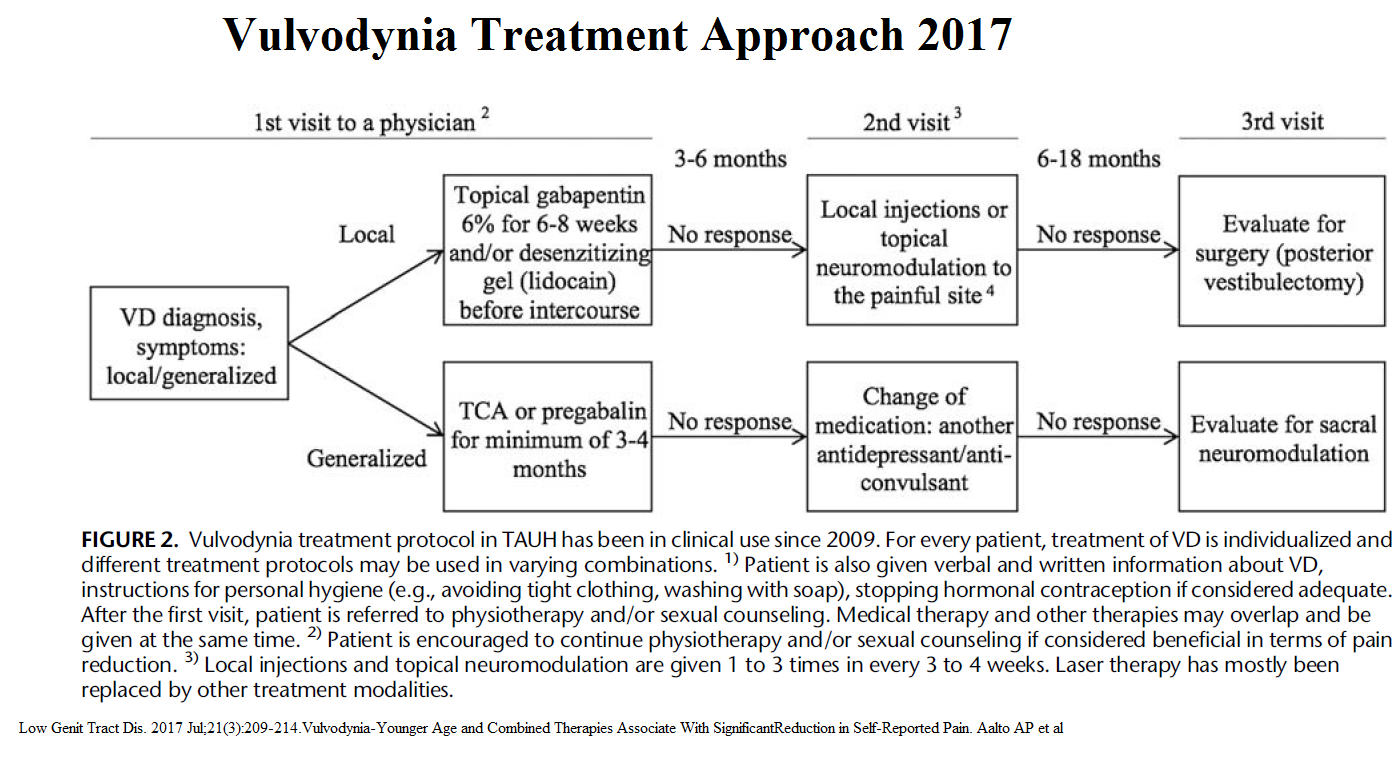 Neuromodulation treatment was described in a patent:

Injections of local into sensative areas using 2 – 4 mL of cortisone (betamethasone) and long-acting anesthetic agent (bupivacaine), 1:1  – given up to 3 times every 3-4 weeks

Physiotherapy I find is described very poorly. I can only assume it is magic and cannot be catagorized in any way. I would like to know if pelvic floor spasms are common, if they are more unilateral, which muscles are involved and so on. But seeing as it works by magic, it cannot be described….

I see the more localized can go for surgery – I would try botulinum first:
Vulvodynia be gone? Botox study   http://painmuse.org/?p=17

while the more generalized are offered neurostimulation

They do not seem to have hear of repeated blocks recently described:
Vulvodynia or Pudental Neuralgia -Simple Repeated Injection Breakthrough Treatment
http://painmuse.org/?p=5201

They of course describe simple measures that might help – I have compiled here:
Vulvodynia Therapy Patient Resource   http://painmuse.org/?p=187

This entry was posted in Drugs, gynecologic, Interstial Cystitis/Gynecologic. Bookmark the permalink.