Stimulating the primary motor cortex representation of masseter muscle “bilaterally for 20 min per side each day for 5 consecutive days”  significantly reduced bruxism and opened up a new avenue of treatment. 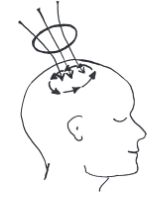 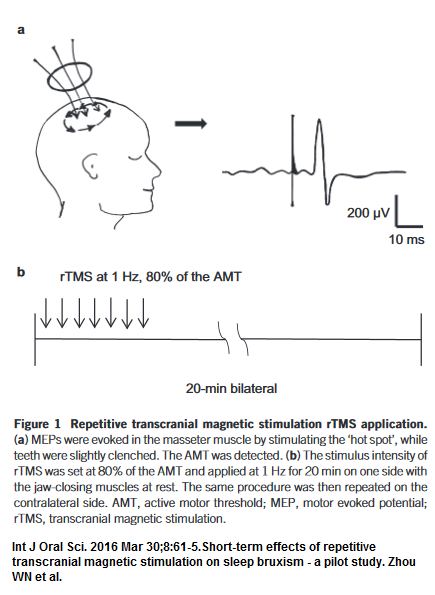 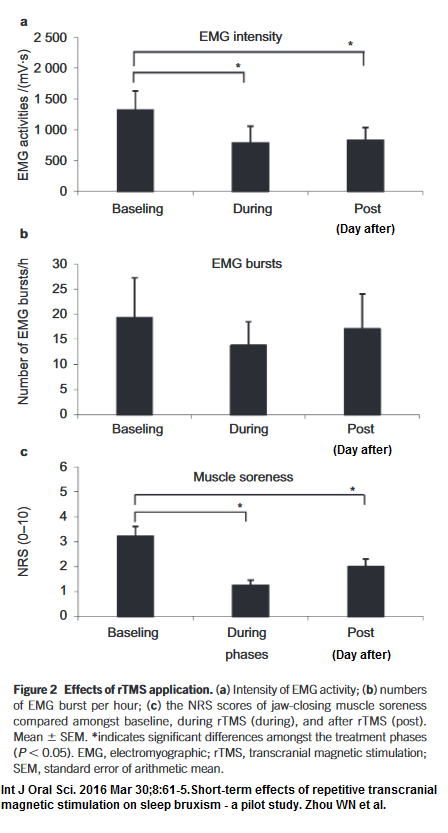 Comment- I’ve got to get one of those machines – anyone know where to get one cheap? Repeated cycles of above could have long-lasting effects for something that is poorly prevented except with clonazepam and like drug use –   and stopping antidepressants.

This entry was posted in TMJ. Bookmark the permalink.