Chronic “Back” Pain Missed in Elderly – the Costo-Iliac Impingment Syndrome

With the loss of height from osteoporosis in the elderly, the lowermost side ribs can rub on the side wing of the hip crest, resulting in was patients describe as back pain. To make things worse, this rubbing restricts walking, making doctors think it is spinal stenosis. The patient then remains in pain and untreated. 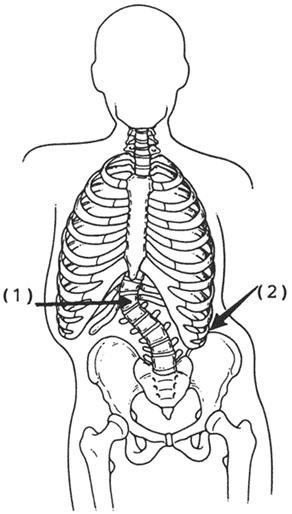 I had an elderly lady in today that was suffering from chronic back pain. I had her sit down sideways on a chair with her back facing me. I then put my index fingers in the lower abdomen and my thumbs by the lower spine and tried to approximate them. This was fine on the right side, but impossible on the left because the ribs disappeared below the iliac crest. In that area was her back pain, and when injected (with local and steroid) the pain was numbed.

This is the third case in recent years I have seen. In each case, they have had to suffer with pain levels of 5-6/10 needlessly

Muscles play a definite role in this disorder, and I had to work the quadratus lumborum and flank muscles over a period of time to relax the muscles enough for the ribs to come out of the pelvis.

There are several names for the syndrome:

Examination: – flexion and sidebending to side can aggravate – maybe hear a snapping sound if lucky
Bone scan can demonstrate how periostitis is diffuse so cortisone shot needs to be equally diffuse…

A more complete discussion of this TL sydrome can be read in this Canadian Chiropractic article:

Thoracolumbar syndrome as a cause of low-back pain: a report of two cases
Dan Proctor, Pierre Dupuis,J. David Cassidy
The Journal of the CCA/Volume 29 No. 2/June 1985. 71-73
free full article here

Addendum – working on an elderly lady with such:
1) Desensitized rib and ilaic crest margin with steroid shots.
2) Worked out Quadratus lumborum and associated muscles
3) Now pain was more in upper gluteal wing and was able to find thoracolumbar was sore (did not complain about it) – activator to TL area and injected/massaged out gluteal triggers.
4) TL better; still some upper gluteal but more pain the should have – Now what?? – well I missed the piriformis which is a friend of the Quadatrus lumborum. I thought I had checked it before; suspect it was a minor issue compared to what else she had. Have started the stretch/massage technique as per a recent article:
How Should One Investigate Chronic Back Pain and What about the Back Muscles?

She felt much better since – is amazing how many facets a problem can involve. I always expected the psoas to be a big one but haven’t noticed it yet…

anyone else have ideas or comments?

Harbinger makes a narrow belt: – can get at Flaman in Regina 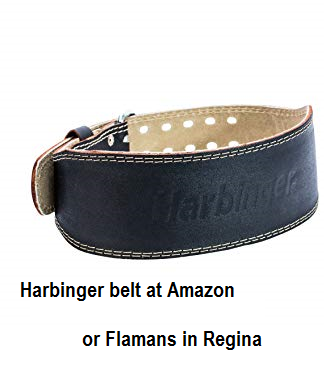 This entry was posted in Back Pain, Mechanical aids. Bookmark the permalink.