Several years ago I listened to a talk on using nerve “flossing” mobilizations to help victim with hypermobility issues. This would stretch the nerve in their “tracts” and help reduce pain.

then proceed to first position.

It was never clear how much difference this would make until present article did therapist led median nerve flossing 5 days a week for 6 weeks. The wait listed group did not change in pain level while the active group cut their pain by half.  Unfortunately, we don’t know about the placebo effect of active touching so it is not clear how much it actually helped. 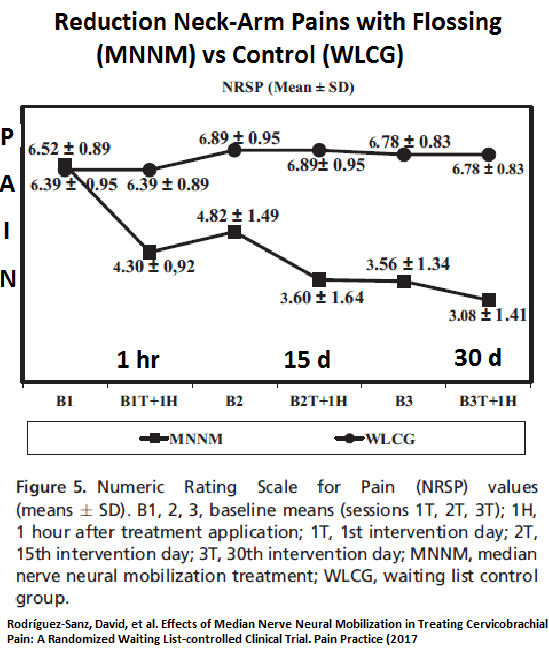 Comment – combined with cervical traction this add a dimension of treatment not available up to now. Sometimes injecting knotted muscles and sensitized nerve tracts on skin helps as well but results vary. We don’t know how much relief was the laying of hands because there was no good control group cheap air max 97 cheap air max 97

This entry was posted in arm, Neck, neuropathic, radiculitis. Bookmark the permalink.