A modified Sgarbossa criteria can be used to suggested and Myocardial infarct in the presence of a LBBB. Additionally, it has been suggested to look for “Wellen’s signs” in V1-6:
Wellens’  Type A – biphasic pattern of T waves in V leads
Wellens’  Type B – deep  negative T wave inversion in V leads 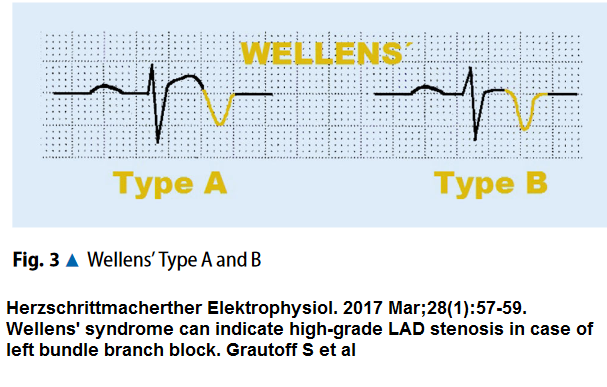 Comment – had one case that was young with minimal features eventually angiogramed and needed two stents in LAD. Given the LAD occlusions are called the “widow-maker” these measures were lifesaving . Point could be made that a mammary artery bypass would have better longevity…
http://circ.ahajournals.org/content/103/4/483

This entry was posted in chest pain. Bookmark the permalink.