Touching spinous processes in back can elicit pain, and may coexist with other problems so be easily missed. Cortisone injection is the first line treatment. I might have seen one lately that was puzzling that it was so localized – in an elderly patient that I was more concerned about rib impingement. 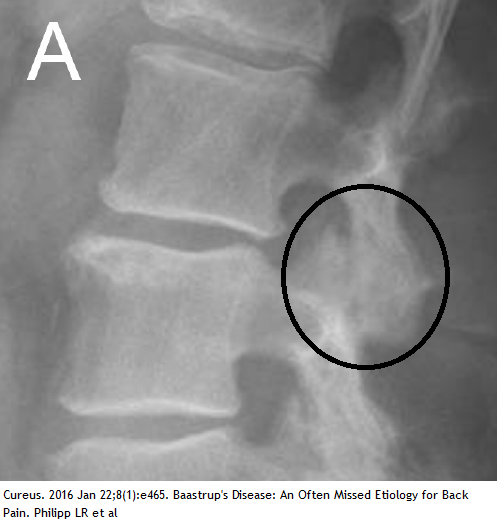 I wrote about this before but the concern over this is still voiced. Wrote here:

Symptoms – as above but also classic neurogenic claudication is comorbid with leg pain and weakness with standing or walking.

Plain and CT Imaging can often miss it, due to overexposure of films so MRI is most accurate and shows the soft tissue reaction.

This entry was posted in Back Pain, Injection. Bookmark the permalink.