Have and elderly fellow that just persevered with severe left groin pain as was just something he should put up with. He had not been sleeping and daughter noted cognitive decline with it. Exam of hip was a bit sore but when I let go of the leg, you could see this expression of searing pain in his face. Turned out to be Obturator Neuralgia. I have trouble picturing the obturator nerve so I have included many pics… 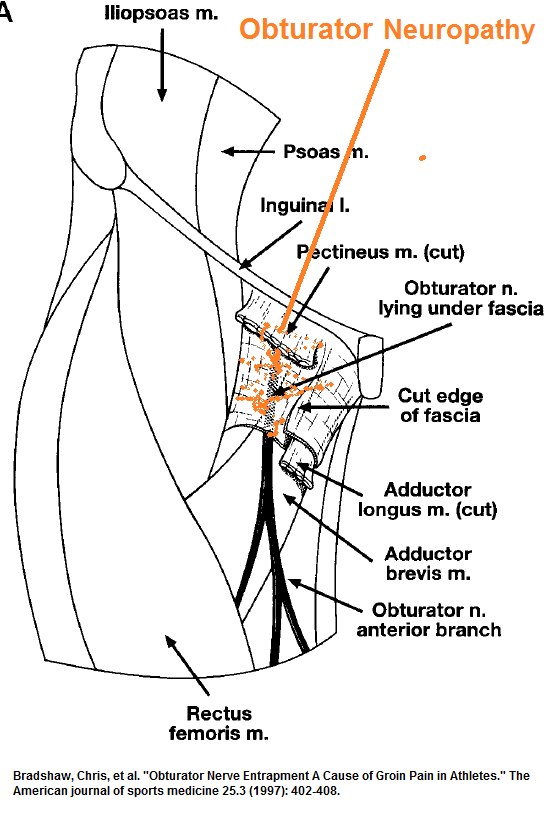 I have seen maybe 5 cases of obturator neuropathy – varying from vague out of proportion pain medial upper thigh down pain  to sharp neuralgic pains. None were diagnosable by the medical community. A simple nerve block helps suggest the cause.

ultrasound has been suggested as a way to guide needles: 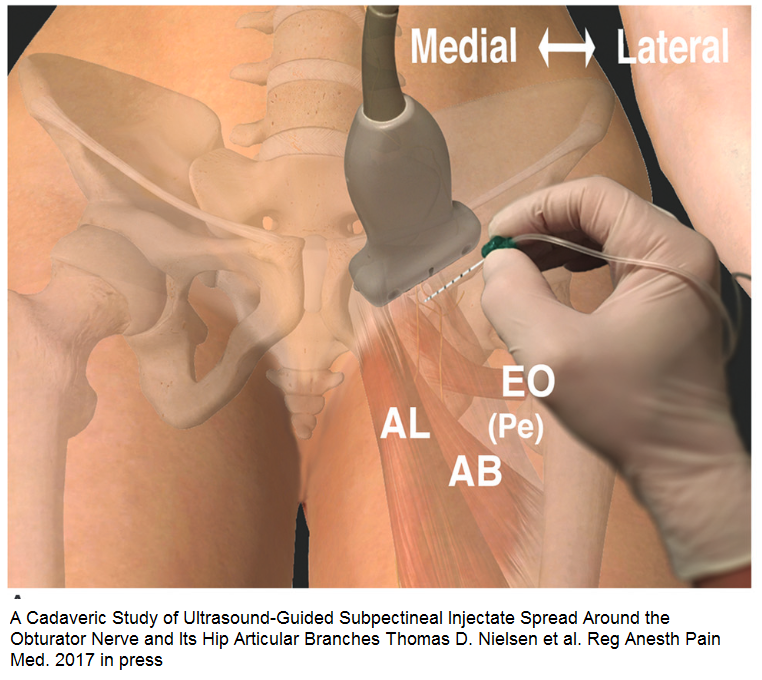 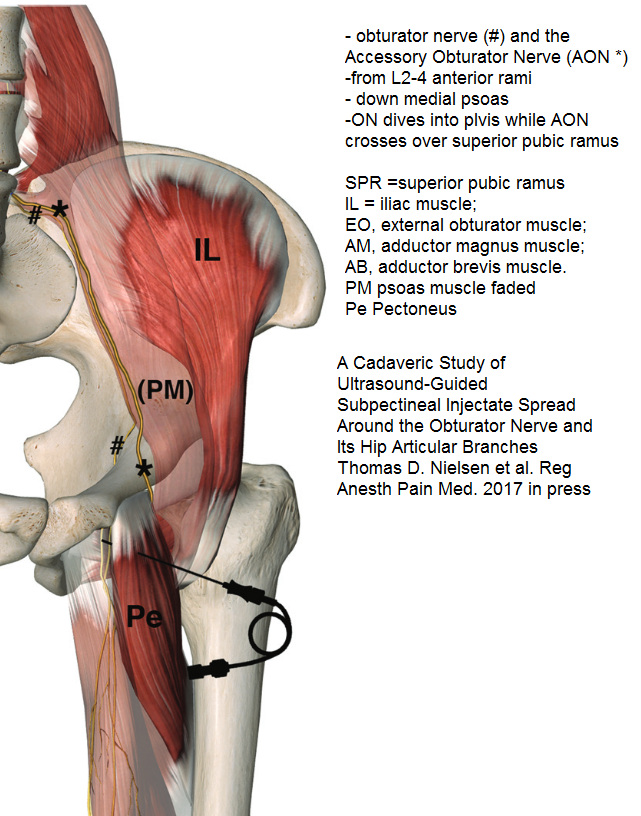 There seems to be various subtypes of the syndrome: 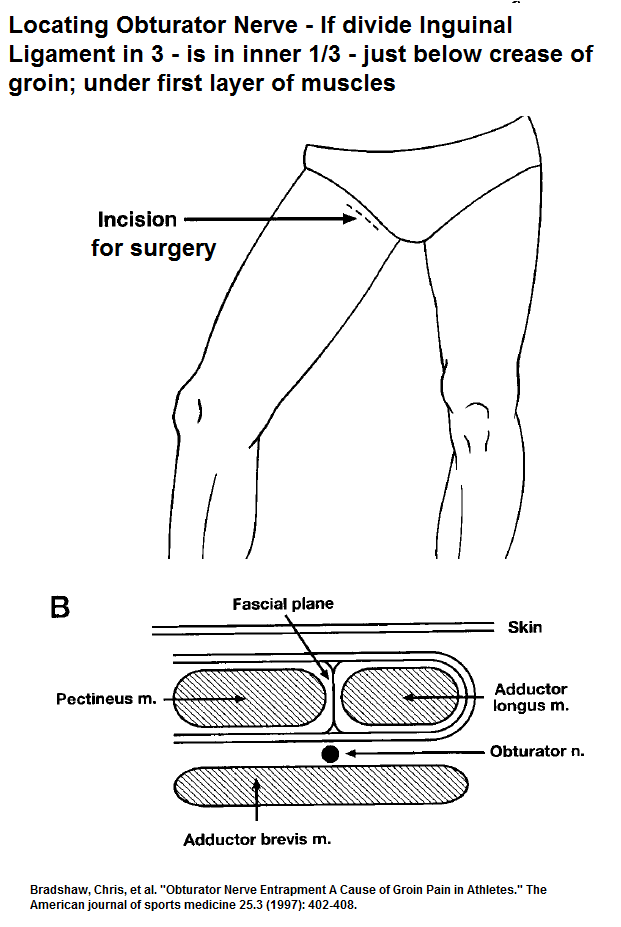 One Response to Severe or Neuropathic Groin Pain – Obturator Neuropathy