Effect Of Cushioning Insoles on Workplace Back, Foot and Knee Pains

Use of sorbothane insoles cut  back pains by 38%, foot pains by 37% and knee pains by 38%. Relief in back pain did not mean relief in another areas. Wonder if antifatigue covers would help more.

I know at Regina general Hospital, basement floor workers use anti-fatigue covers – here is an example of one: 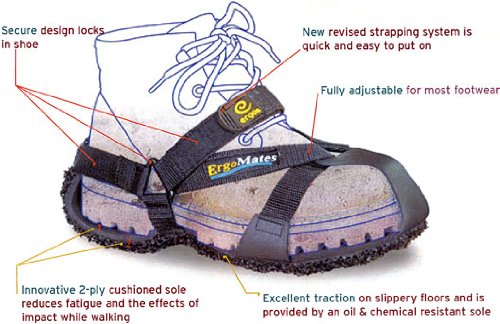 This entry was posted in Back Pain, Knee, Leg Pains, Mechanical aids. Bookmark the permalink.