Chronic Back Pain May Be a Pamidronate Infusion Treatable Disease – And Why Did It take 10 Years to Replicate That?

For Chronic back pain – Pamidronate 90 mg diluted in 250 mls saline and given over 4 hours – initially and in 4 weeks resulted in 85% getting 100% relief at 6 months versus very little response in the placebo group…..Initial good results of this nature were known 10 years ago – why is it just coming out now? 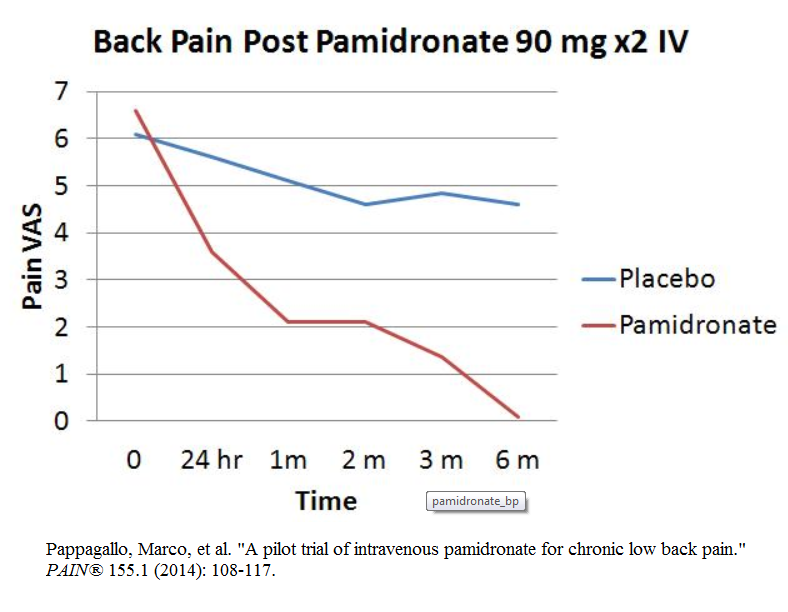 Already significantly improved with one infusion

Back in 2003, a poorly controlled chart review was done that showed  IV pamidronate had tremendous possibility for back pains:

I  wrote about it but didn’t force the issue because I waited for further replication. There was one study on erosive spinal disc disease that I missed because one can barely find anything but a citation for it (no abstract)
Poujol D, Ristori JM, Dubost JJ, Soubrier M.
Efficacy of pamidronate in erosive degenerative disk disease: a pilot study.
Joint Bone Spine 2007;74:663–4. (letter – no abstract)
http://www.ncbi.nlm.nih.gov/pubmed/17913553

modic II is just end plate(EP); modic I in runs into disc 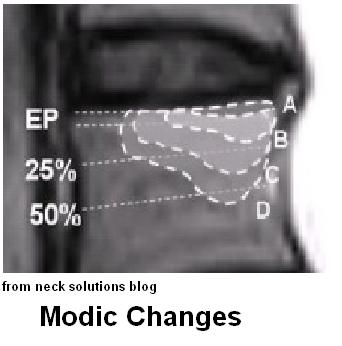 More excitingly was a report finding it helpful in spinal stenosis:

Addendum: – 14% of chronic back pains had facet bone marrow edema for which biphosphonates have been used.

One Response to Chronic Back Pain May Be a Pamidronate Infusion Treatable Disease – And Why Did It take 10 Years to Replicate That?