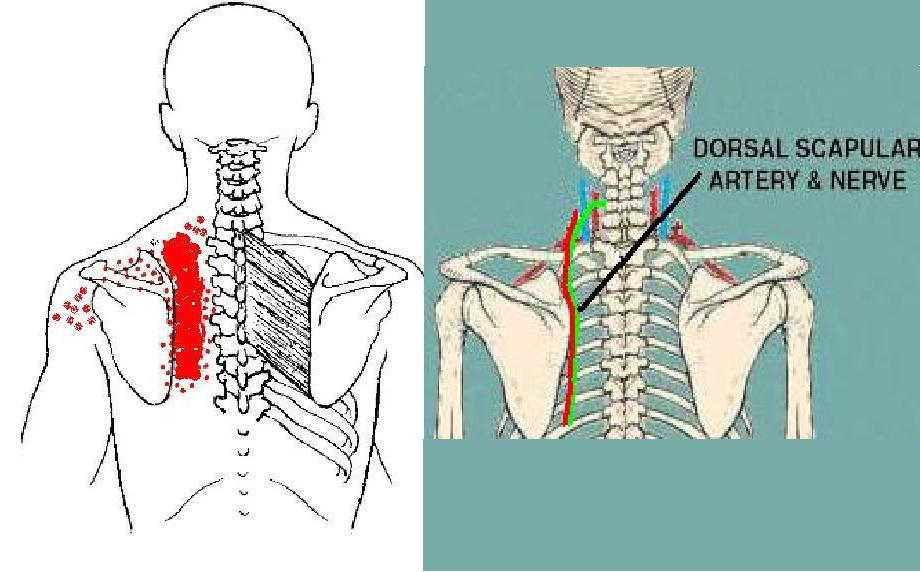 Unilateral Interscaplar Problems were differentiated into:

Pain Description: – Pain medial border of scapula may be only complaint and it has been suggested this is greatly underdiagnosed.

Summary of findings in all their unilateral interscap cases: 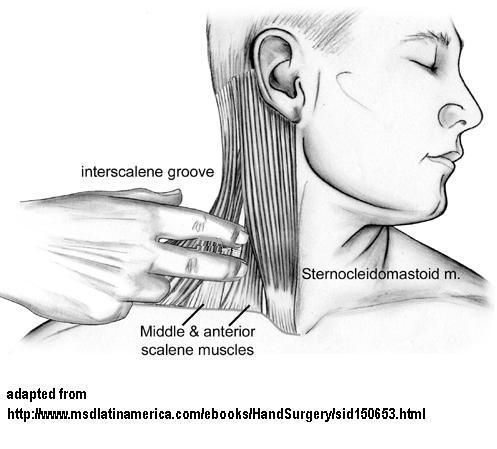 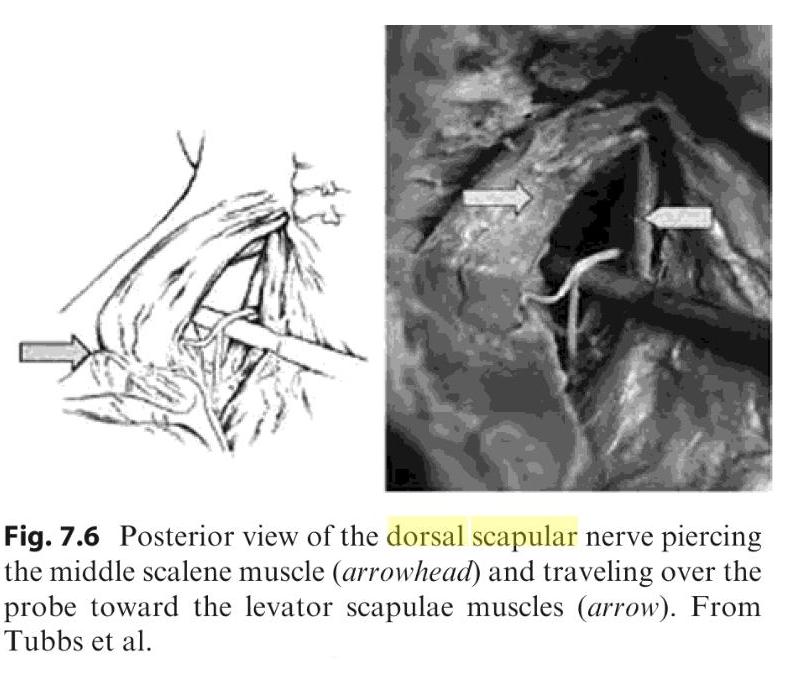 The most distinguishing features were:
“The most obvious tenderness point was located at the juncture of external jugular vein and posterior margin of sternoclaidomastoid muscle. Impairment of sensation was manifested as deereased sting at medial antebrachial area and the ulnar side of the hand.” I’ll have to check that point.

Posteriorly in should be felt at the anterior border of the vertebral body of c5/6;

Three mechansims have been suggested for pain:

Most Important Finding: “Cases with Myofascial  Pain Syndrome [trigger knots] of the rhomboids that are resistant to treatment should be evaluated for possible entrapment of the DSN.”

I have injected botox into this C5 area (without local) and found it helpful for unilateral interscapular pains. Injection local to area by C5 could be dangerous as there are numerous vertebral/cervical and cranial arteries in areas and just because you cannot draw blood back with syringe is no help (only 50% accurate). Injecting onto bone allows you to skewer an artery and local will seep back into it (one death so prolotherapists take note).

I will have to discuss physio etc but not today.

A chinese review of 128 cases found pain point injection into neck and by T3 and T4 spinous process resulted in good recovery after 1 – 6 sessions with results being better if they had symptoms for less than 6 months. They felt people could feel relief within minutes of injections.

Since I have been injecting tender cutaneous nerves as a treatment I have come across interscapular nerves that are very tender:

1) They course horizontally just below spine of scapula
2) They approach t4 or 5 spinous process
3) It then courses horizontally up to T2 – this vertical nerve will be about 1 cm from spinous process, palpable and tender.
4) an oblique tender line from T2 up to where would expect dorsal scapular nerve to course
5) Lower cervical facets will be obviously tender. 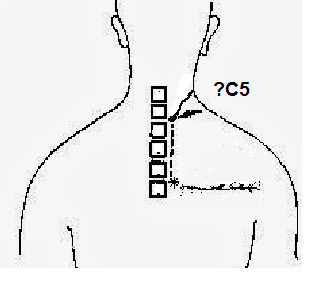 They found one possible interscapular cutaneous nerves to be: 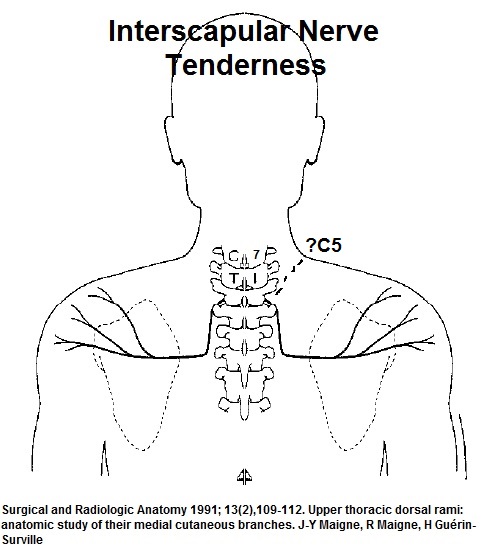 I have been injecting D5W with 3% glycerin along both deeper dorsal scapular nerve tract and along this interscapular T2 dorsal nerve root with anomalous course. I inject shoulder tip areas and use an activator to manipulate cervical facets or inject small amounts of botox into facet joint (no local) at about C5 level.

One differential diagnosis of unilateral scapular pains is Scapulothoracic Bursitis which was recently written up:

Some of the criteria used would be:
1) Moderate severity – their cases had an average pain of  7.7 though I saw one today with only a 3/10.

3) They did accept people with shoulder and neck issues

They preferred a lateral approach with patient’s arm up: 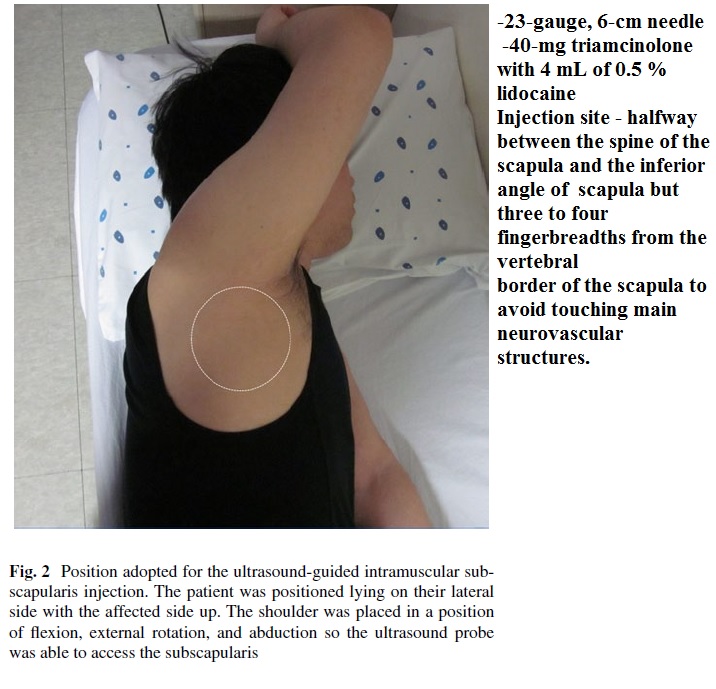 This is a statistical difference but not clinical. They did mention there was subscapularis muscle pains. In the axilla, I put my thumb or fingers on inner scapular edge and rub 120 times (never got it to release in any less) – the subscapularis muscle will release – might have been worthwhile to see if there was even a statistical difference after that. I inject through a medial approach and hope that neurovascular bundles are anesthetized given a block as well as steroid injection..