Comment – I use Osto-D2 vitamin D2 50,000 units weekly. I use magnesium for constipation and now that it is clear that cheap Magnesium Oxide absorption is as good as magnesium citrate, this is cheap to do. I will suggest it to augment vitammin D effects. – How much do you take ? enough to loosen bowels slightly. Most amazing effects I have seen has been effects Magnesium has on Blood pressure in multiple studies:

the drops in studies are huge – systolics down 18.7 mg 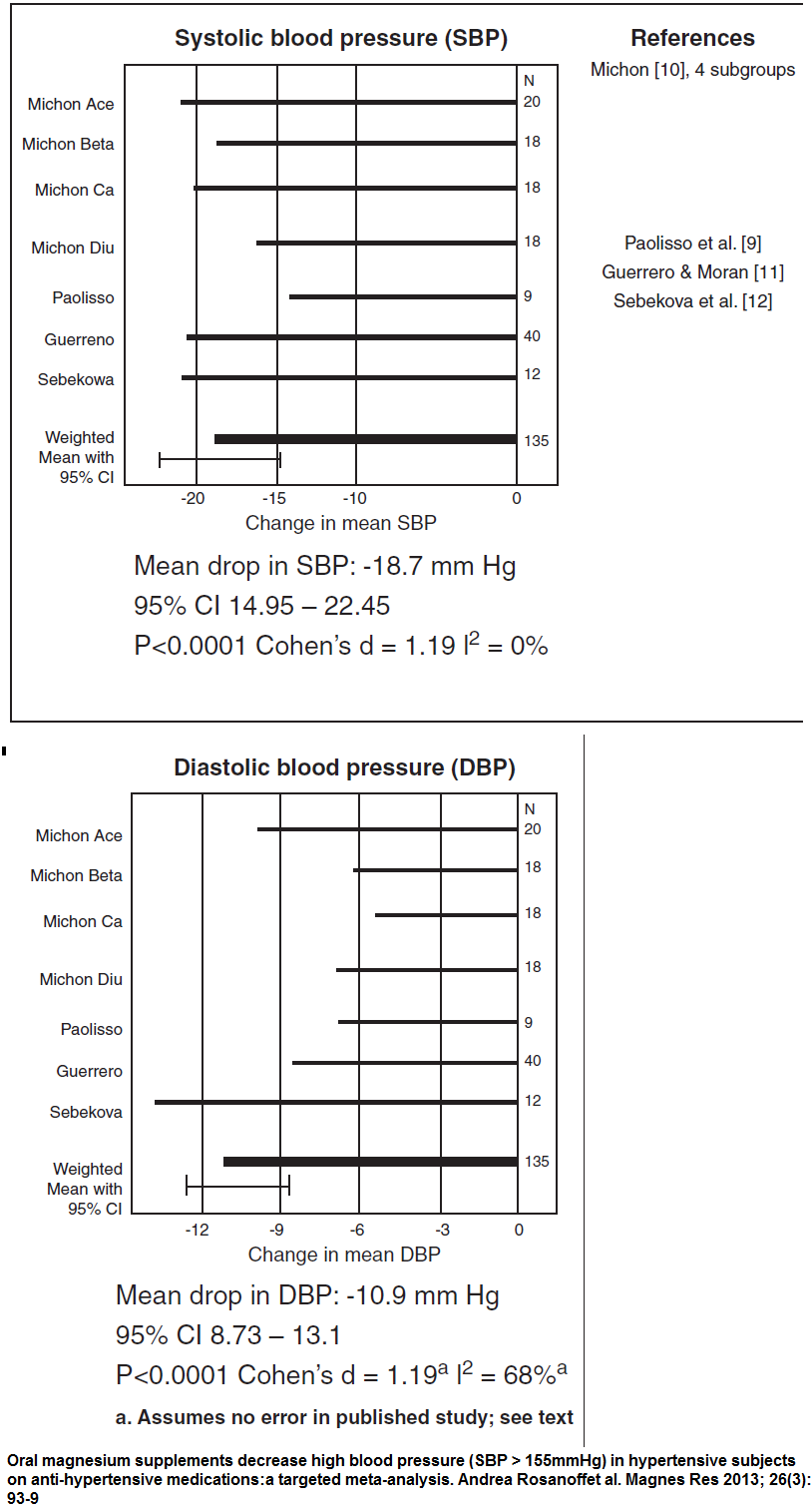 Have a case that started with moderate hypertension requiring coversyl 16 mg with a diuretic that after started on magesium citarate 150 mg THREE tab od ended up on coversyl 4 mg.