Some years ago, I came across a graph, that explained some migraine treatments options. I found it handy to show patients but have upgraded it. The original graph was this: 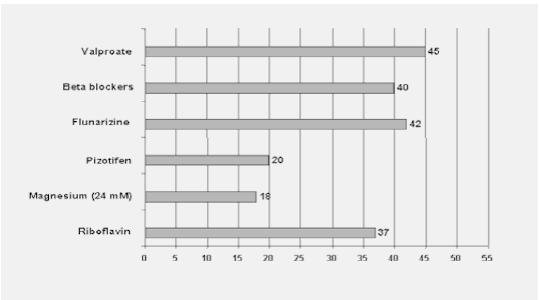 I have upgraded it but categorized effectiveness as more vaguely. 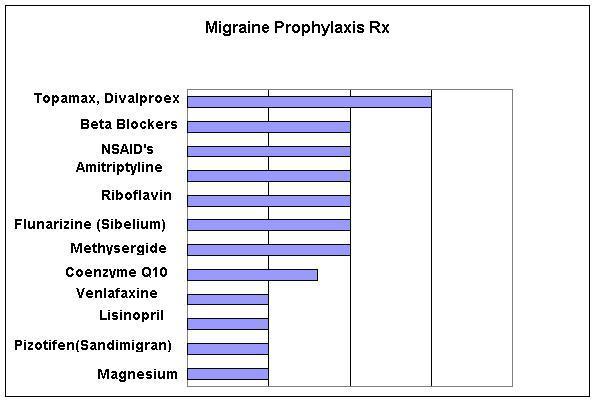 There are plenty of reasons why certain problems can jump treatment effectiveness a whole level:

For those with sensitivity to meds – Riboflavin, Coenzyme Q10 (takes 3 month), and Magnesium

Topamax(topirimate) is a very nice drug for headaches. However, it can cause nausea, and has been nic-named the “stupid pill” by some who find it can cause cognitive problems – not something you would want to give a university student before finals. 2% kidney stone rate. It has the advantage of simple night dosage and can case weight loss (a big draw). Can help other pains as well.
I have not used Flunarizine since I induced a depression in a previously stable individual. Methysergide is an act of desperation used for short periods because of retroperitoneal fibrosis risk.

In children I like riboflavin though food diary is necessary.

Obviously there are food, sleep, orthopedic, stress, and other issues but that would take a book…
I would be interested in other agents that others find effective and others perspectives on migraine treatments. nike air max nike air max

This entry was posted in Headaches. Bookmark the permalink.