Cutting Opioid Dose Does What? And Why is Tapering so Difficult?

Opioid deaths seem to be fueling more by Chinese derived illicit fentanyl. However, massive efforts are made to lower opioid dose. One study was successful at getting opioid consumption down  from 288 mg to 150 mg. They weren’t any better for it despite the theoretically “dangerous high levels” which would probably not be a problem if they avoided chinese imports. There was no effort to have a control group to see how many more deaths there were in the “dangerously high” group.

I have not had much luck tapering opioids and a recent analysis explains why. They claim opioids are integrated in mood, energy,  motivation,  social functioning and personality systems and withdrawing doses will effects all of it. Above study was successful because they started with 5% reductions in the first month and upped it to 10% every 2 weeks in the second month.

There was NO IMPROVEMENT in pain, functioning, concentration, enjoyment etc.
Yes that’s right NO DIFFERENCE. So people were put thru the suffering of withdrawal to end up no better. You would have thought taking  less opioids would have helped concentration but apparently not. They were taking less “dangerous opioids” without showing the dangerous effects on a control group which BTW I suspect were none. They attempted to made the process look easy without explaining the 38% drop out rate.

Several parts of this study I find very objectionable

look at their drop out rates

So results were based on a subgroup who did well on opioids and made it look worthwhile.  Better followup studies showed that opioids with out the placebo effect on average only drop pain by 1/10 but this study helped fuel the opioid epidemic.

Now, we have a similarly biased study to help fuel the opioid reduction epidemic. G’d help me – do we ever learn?

The fact that these people were not functioning any better is a big disappointment for all the work put into finding 5% decrements on people on long lasting pills that do not have 5% decrements. There might be a financial saving and I guess for those not on assistance that is something.

Those that did well? – those on marijuana (p=0.04). This substance is about to become legal in our country and I believe might blunt our opioid epidemic but may open a can of worms…

Depression interfered (p=0.05). I do not put depressed subjects on smoking cessation and that seems plausible for opioid reduction as well.

Comment – more of a plus for a hardy group and  marijuana use which seems to make opioid reduction easier. Don’t expect to feel any better….

Why is it so difficult to taper? Recently publish commentary adds a perspective:

Hijacking the endogenous opioid system to treat pain: who thought it would be so complicated?
Daniel Clauw
Pain December 2017. 158(12) 2283-4
https://journals.lww.com/pain/Citation/2017/12000/Hijacking_the_endogenous_opioid_system_to_treat.3.aspx

It is contended that the opioid system is linked to fatigue, mood, motivation, social engagement  and personality. Reducing dose effects all these systems. That would explain my lack of results even with determined people to cut dose. Now there is even less evidence it is worthwhile. Am thinking more about marijuana use though as a mechanism to gain relief and lessen dose from an agent that does not work very well.

I would be interested in comments as this is a difficult topic. 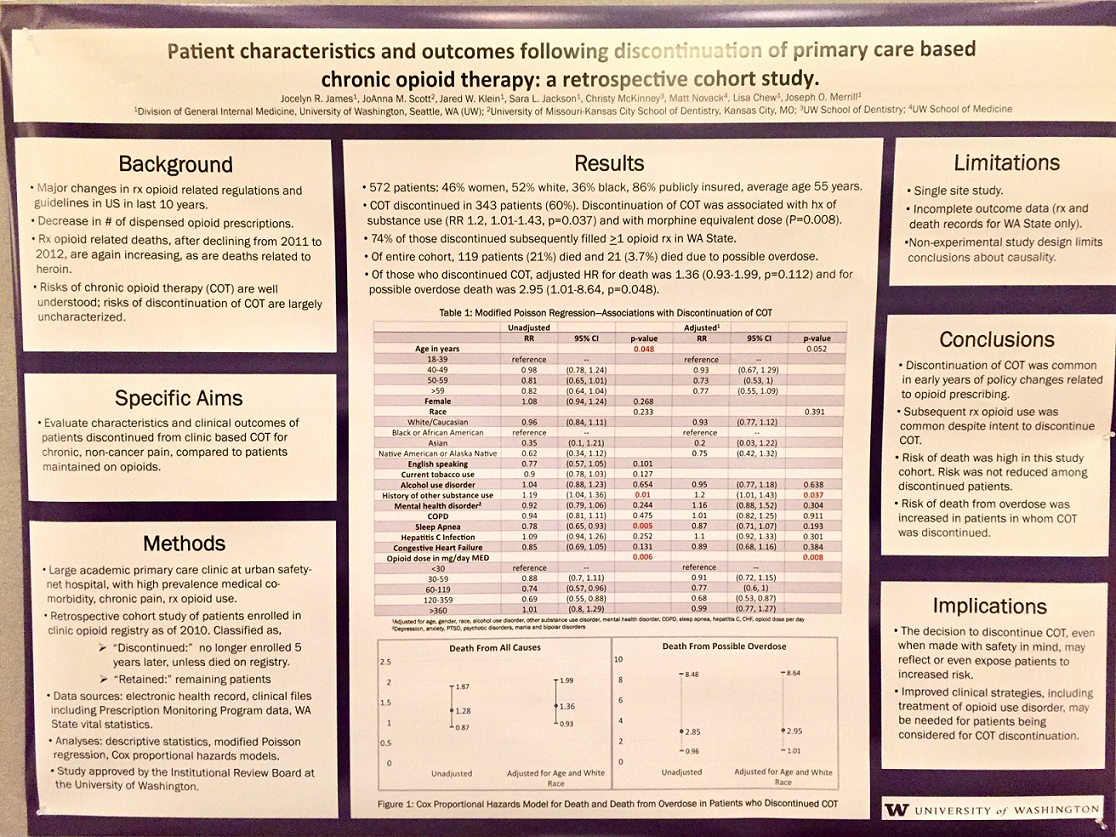 This entry was posted in Drugs. Bookmark the permalink.