Some Fibromyalgias are Treatable Arthritis

I have a patient with psoriatic arthritis that had widespread pains. His rheumatologist told him it was “fibromyalgia” He developed such bad bronchitis I had to put him on steroids – at which point his “fibromyaglia” pains went away. He was so mad he went back to his rheumatologist and told him what he thought of his diagnostic ability.  Enthesitis is  inflammation where tendons, ligaments and capsules attach to bone. Psoriatic arthritis is thought to start there. 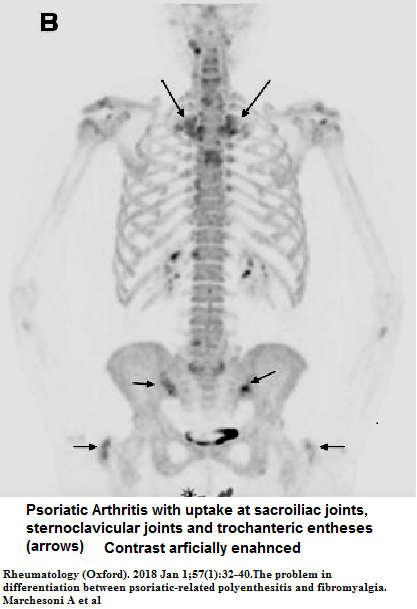 I have a whole subgoup of entheses driven pain patients forced to rely on steroids because access to rheumatologists is so limited, and then when seen, dismissed as FM. Where I practice, only rheumatologists can get drug coverage access to biologic drugs.  Our system does not work.

article goes on to say, “Patients eligible for biologic therapy usually experience
significant benefits on signs and symptoms of synovitis when treated with biologics” 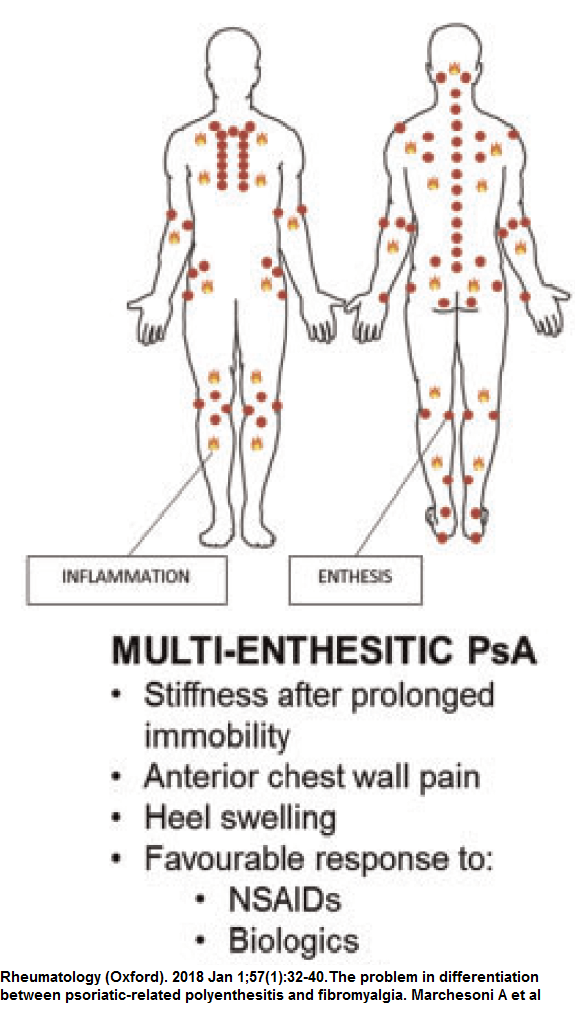 pic of Fibromyalgia in comparison: 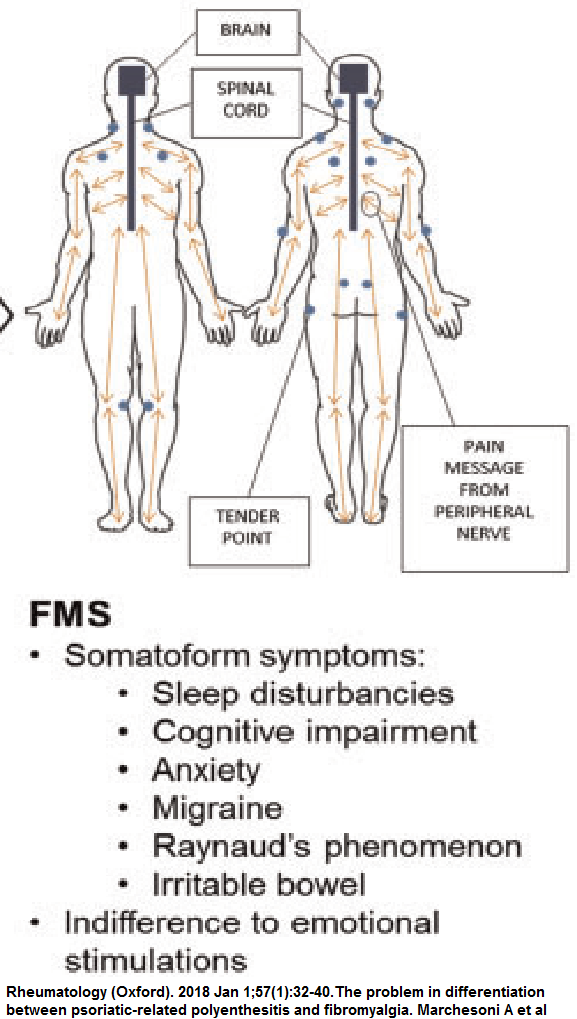 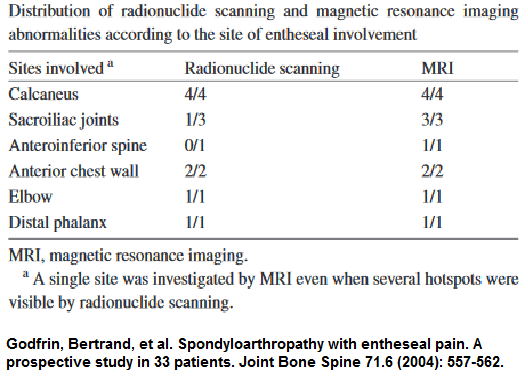 MRI sensitivity was 50% or less: 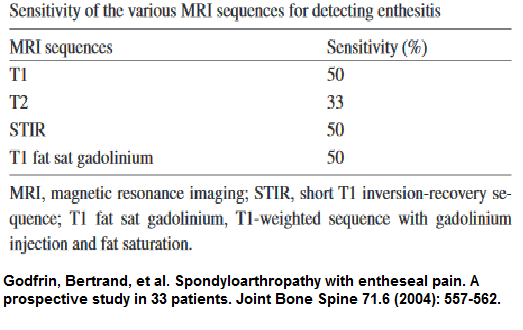 A further point in its importance is the recent  MRI finding 10 % of supposed FM cases have spinal enthesis:

Comment -Active  Inflammatory pain is scary – it is not like osteoarthritis pain -it can cut like a knife and total disable someone. I have cases untreated at 7-9/10 pain level. In an Ankylosing Spondylitis flare only high dose prednisone works:

“Oral prednisolone 50 mg per day, but not low dose prednisolone [20 mg/day], showed a short-term response that was significantly higher than placebo.” – for 2 weeks