Chronic Severer Abdominal Pain – Why Has It taken So Long To Realize it’s Partly the Abdominal Wall and Treatable?

Early last year I wrote about my experience chronic severe abdominal pain as it being from the abdominal wall:
Chronic Severe Abdominal Pain is a Skin Nerve Pain
http://painmuse.org/?p=4840
Now, someone has taken it a step further by doing a widespread abdominal nerve block called the transversus abdominis plane (TAP)  block – bilaterally if need be – and finds it generate significant pain relief. This could be a major milestone for abdominal pain relief.

The block is relatively new to me so I included lots of pics: 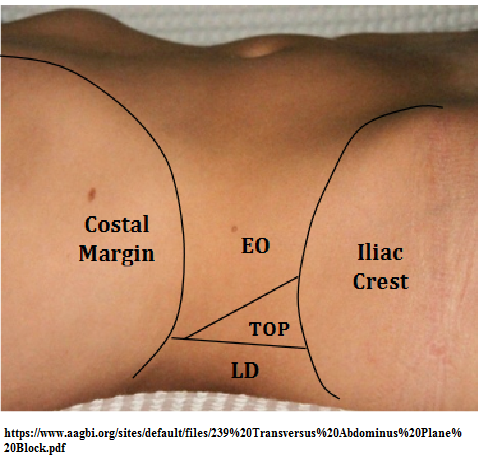 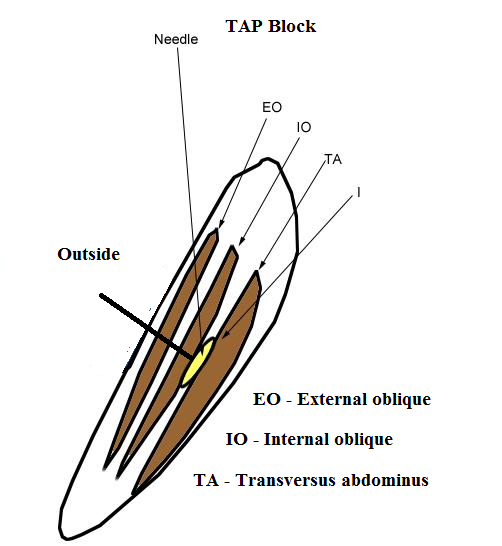 “The iliac crest was palpated from anterior to posterior until the latissimus dorsi muscle
insertion was appreciated (Fig. 1). The triangle of Petit was palpated between the anterior border of latissimus dorsi, the posterior border of the external oblique, and the iliac crest. The skin over the triangle of Petit was pierced with the needle held at right angles to the coronal plane. The needle was stabilized and advanced at right angles to the skin in a coronal plane until resistance was encountered. This first resistance indicated that the needle tip was traversing the fascial extension of the external oblique muscle. Further
gentle advancement of the needle resulted in a loss of resistance, or “pop” sensation, as the needle entered the plane between the external and internal oblique fascial layers. Further gentle advancement resulted in the appreciation of a second increased resistance as the needle traversed the fascial extension of internal oblique. A second pop indicated entry into the transversus abdominis fascial plane. After careful aspiration to exclude vascular puncture, a test dose of 1 mL was injected. The presence of substantial resistance to this injection indicated that the needle was not between fascial planes, indicating the need to reposition the needle.” 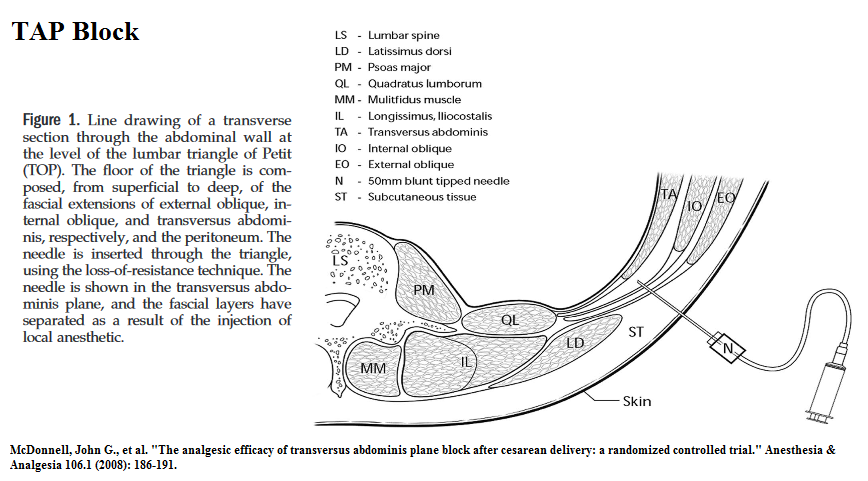 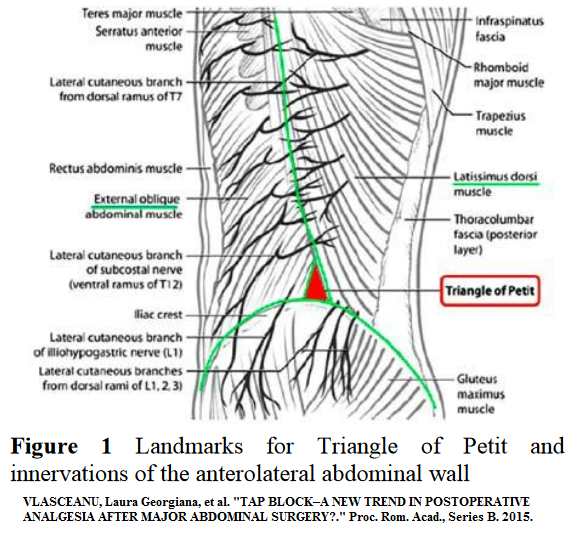 Many had had prior ops: 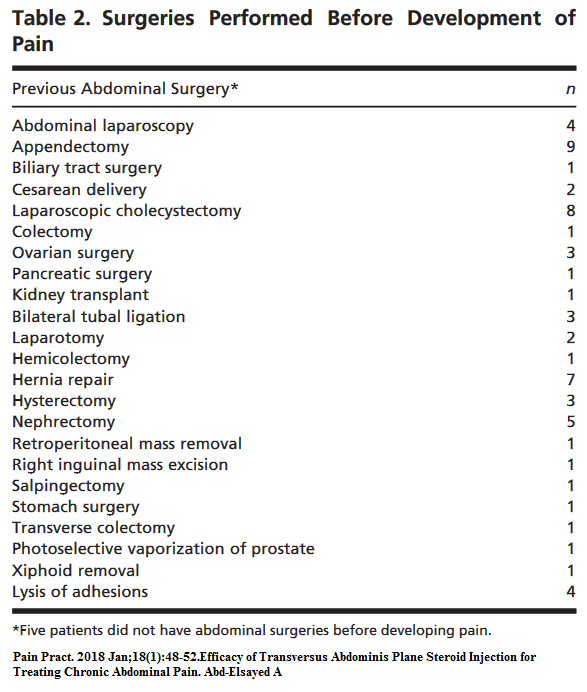 Comment – last week at had a patient with only left sided abdominal pain. She had  had dearly diverticultis at one point but had almost  neuropathic pains left. I thought it might be a herpes zoster prodrome but treatment for that did not help. It looked like ilioinguinal neuralgia though a little high for it and I treated it with nerve block and perineural injections and it remitted temporarily. I saw her last week and it came back.

Having her lie with her bad side up, I could run 2 fingers down side of abdomen until reach level where sore and then inject between my 2 spread fingers needle pointing more medially than down. I could fan along course of nerve and hit it with 6 mls solution. Following, I found she still had some discomfort so I felt for the dorsal nerve root – they often come up right beside spinous process. Sure enough she was very tender as I pressed on side of spinous process and I injected local in the skin layers only. Following, she said she was “numb”.

I  contend nerve block could be potentiated with 5-10% lidocaine if kept away from spine (a spinal block could cause hypotensive death).

I contend that the painful nerve tracts can be desensitized by repeat injection of D5W  (perineural injection technique) every 2 cm or so along tract (easy to find tender tract by skin rolling) – if miss some of it just alternate space 2 cm outside where you injected until you get it all.

For bilateral cases, I suspect I would be lost if not for procedure developed here – Thank you Dr. Abd-Elsayed who by the way works at the:
Department of Anesthesiology, University of Wisconsin School of Medicine and Public Health, Madison, Wisconsin

addendum – In same issue of Pain Practice a case series  of chronic post surgical cases were given RAP blocks with benefit. Most were obvious abdominal wall nerve damage cases.

They’re from Italy so no quick referral for me…

This entry was posted in Abdominal pain, Injection, neuropathic. Bookmark the permalink.