Calcinosis Cutis is a disease of abnormal calcium skin deposits. Found in Connective tissue diseases like Dermatomyositis and CREST syndrome, in some  cancers, in genetic disorders,  and with infections and injury.  It presents with hard nodules that can be painful, ulcerated and non-healing. Therapy can be problematic but a recent study showed topical 25% sodium metabisulfite could be effective. 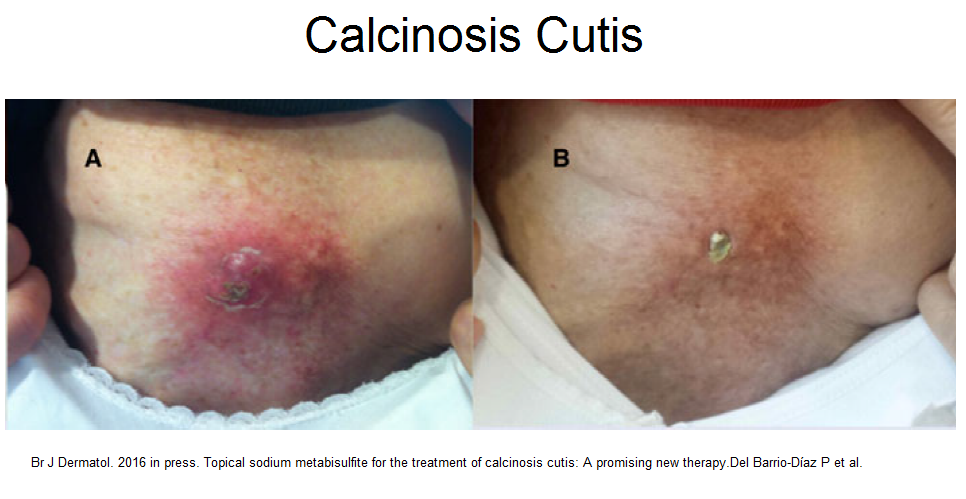 Comment – sodium thiosulphate is old style fixative used in black and white photography and might be cheaply gotten. They used the sodium metabisulfite because it was cheaper for them.

This entry was posted in skin, Topical Pain Treatments. Bookmark the permalink.