After a car accident, TOS can pinch nerves in the neck and cause neck and arm pain with arm/hand numbness that nobody can seem to find a reason for. A simple injection into the anterior scalene muscle can prove the source and Botulinum injection some relief

Scalene based Thoracic outlet syndrome is where the arm nerves are caught up in neck scalene spasm: 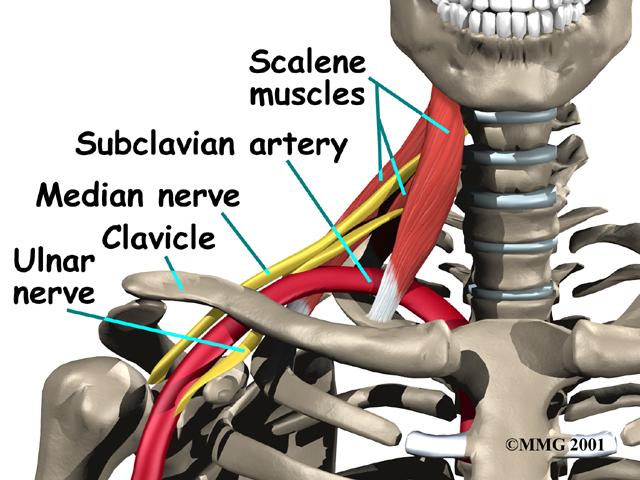 Post Whiplash Condition
This condition is common after a Motor Vehicle Accident as found by this Canadian study:

Criteria and Testing
Criteria for condition include:

1) Symptoms initiated or aggravated by having arms elevated over head.

3) Tenderness above the clavicle (supraclavicular) where the arm nerves come out between scalene.
4) Positive Roos test – arms up, abducted, externally rotated and back.

(tests as mentioned in:

The Roos test is done with hands in the “hold up” position held for 3 minutes. 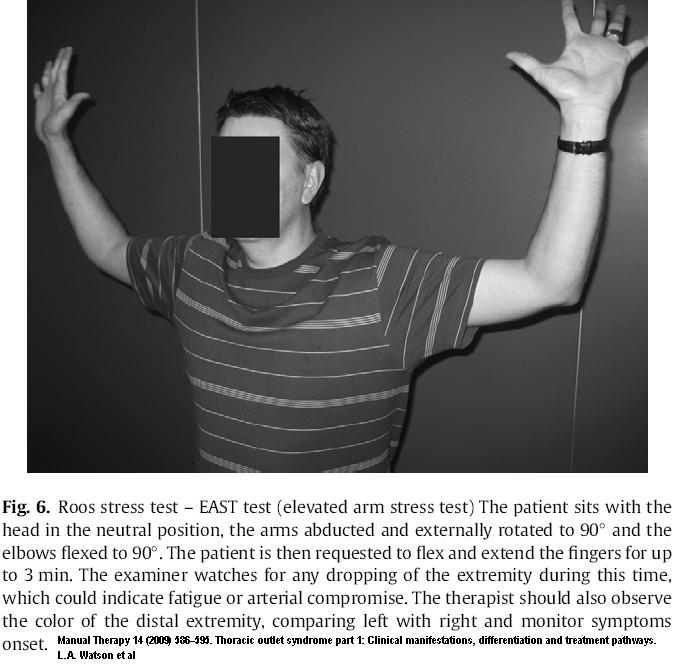 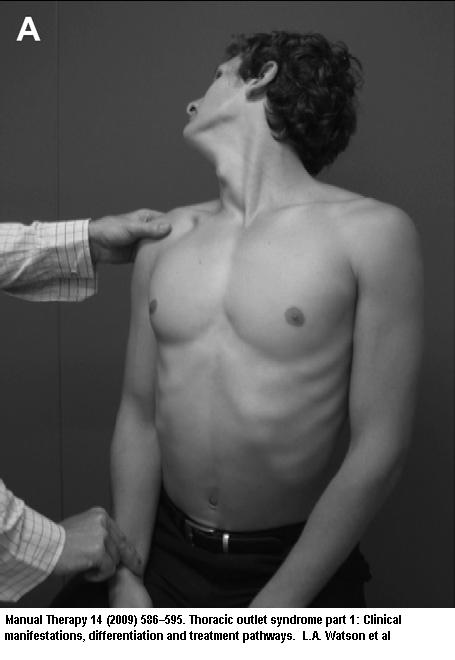 I have seen patients with symptoms for years dismissed because no one sought these out, (and because physios do not seem to be able to take a pulse?)

Injection of the muslce was as follows: 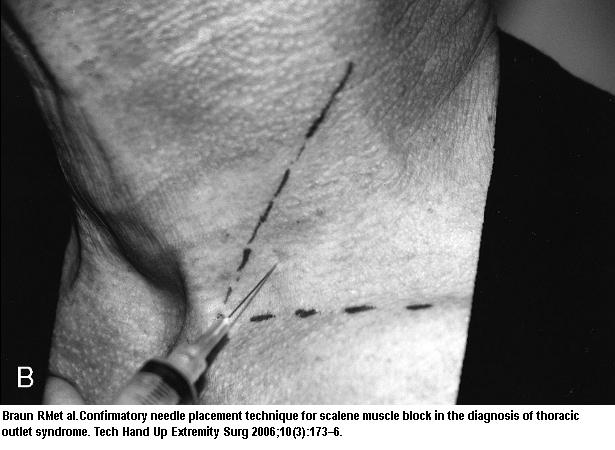 They injected Scalene anterior and middle, later they added the subclavius and pectoralis minor muscles.

A good outcome was over a 50 percent improvement in pain plus a reduction in use of painkillers, combined with self reported improvements in arm functioning. 81 – 91% acheived these results.

Subclavius is a little muscle just below clavicle. I had never heard of it being injected for TOS before. 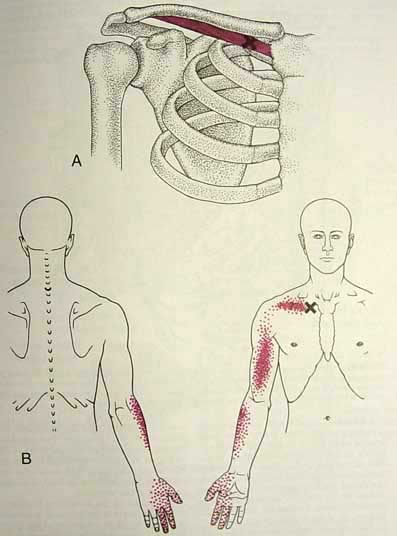 (pic originally from Travell & Simon’s book)
The pectoralis minor has been the topic of injection by Dr. David Simons years ago:

There study was pre-botox – about 1/3 would respond to grueling physio, 1/3 that didn’t respond, responded to regular injections of freezing, and 1/3 didn’t respond. The unresponders all had bulging discs in the neck on imaging. 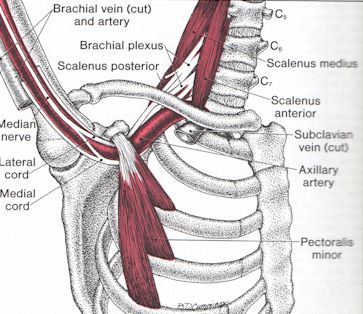 See how pect minor can entrap

Getting back to the original article,

They stated they got:

“Patients experienced substantial pain relief in months 1 and 2 following a single Botox injection into the ASM under CT guidance. Significant pain reduction was noted for 3 months after Botox injection with respect to both sensory and VAS scores, and the total and PPI scores approximated statistical significance. After 3 months, patients experienced a 29% decrease in the sensory component of their pain as well as an approximate 15% reduction in their VAS score. A single, CT-guided Botox injection into the ASM may offer an effective, minimally invasive treatment for NTOS.”

This is not as good as the Pain Physician article, but a lot less hard to do.

Comment – I hope these cases had physio to work on these muscles after injection. I also hope this article gives a clearer idea how to deal with this problem.

Addendum – I inject the anterior scalene using a 25 guage butterfly needle. It gives me control and doesn’t go too deep. I still watch for it going up and down with respiration. I use 2 cc lidocaine 1% and 1 cc kenalog 40 mg,  You can readily see if there is any blood backflow.. I know I am not getting the deep part of the muscle but if I massage enough it spreads and relaxes and I can use stetches(One hand on forehead and other pushing down just right below clavicle helps). This way I don’t have to worry about neck arteries or phrenic nerves… It gives good relief for a while and is hence good diagnostically…

This entry was posted in thoracic outlet syn. Bookmark the permalink.

12 Responses to Botulinum For Scalene Based Thoracic Outlet Syndrome (TOS)