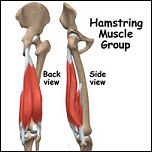 This syndrome comprises of pain in the gluteal region radiating down thigh to the posterior knee popliteal fossa. It is associated with hamstring weakness. A series of 43 cases were found in athletes and surgically rectified. This resulted in a 75% satisfaction rate.

A similar problem was a tethered sciatic nerve caused by an inflammatory reaction to injury in the buttock called nodular fasciitis – incredibly difficult to diagnose because Imaging is all negative (Something that is becoming more realized in many things).

Comment – you see what you know and you can’t trust imaging. With recurrent hamstring injuries, this will become a suspect.

I was in the impression that you needed a previous ”undiagnosed” severe partial or complete proximal hamstring tear to get entrapment of the sciatic?
otherwise, could it be a pyriformis syndrome as a cause or even consequence of repetitive mild hamstring strain? My collegue has bilat hamstring (proximal and myotendinous jct) sprain and bilat pyriformis that seems to have started after.
I would apreciate some input
Thanks!

I am no expert but some things come to mind:

There appear to be different groups involved: 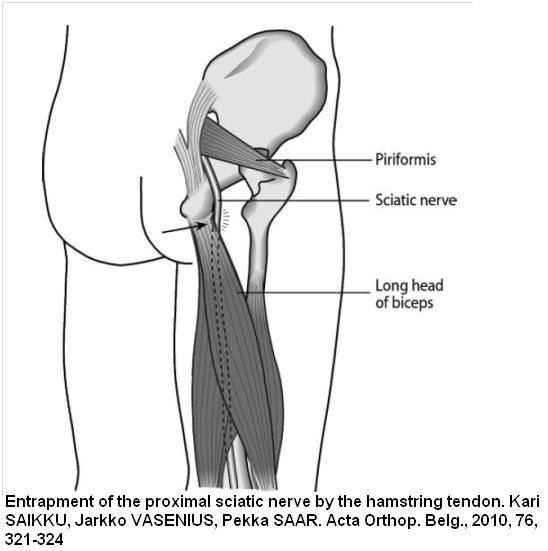 Symptoms in their study included

This entry was posted in Leg Pains, piriformis, radiculitis. Bookmark the permalink.